HomeWorldEx-Taliban commander to plead not guilty in US court to killing US...
World 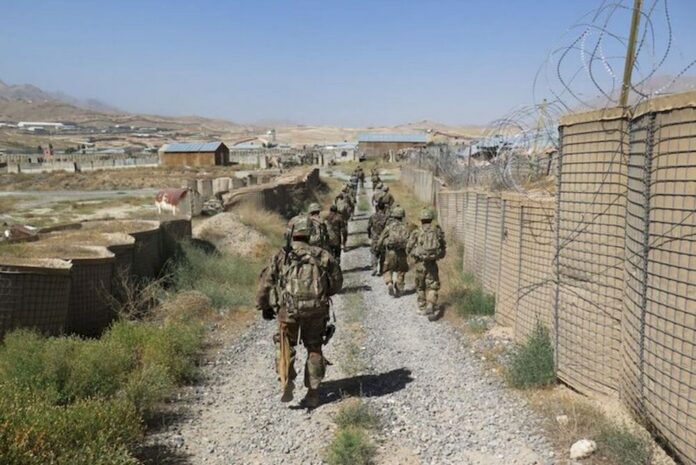 NEW YORK, Oct 15 — A former Taliban commander previously accused of kidnapping an American journalist is expected to plead not guilty on Friday to murdering https://www.reuters.com/world/asia-pacific/us-charges-former-taliban-commander-with-killing-us-troops-2008-2021-10-07 three US troops in Afghanistan in 2008.

US prosecutors in Manhattan last week unsealed new charges against Haji Najibullah, who prosecutors say was a Taliban commander in Afghanistan’s Wardak Province, which borders Kabul.

Taliban fighters under Najibullah’s command attacked a US military convoy, killing US Army Sergeants First Class Matthew Hilton and Joseph McKay, Sergeant Mark Palmateer and their unnamed Afghan interpreter, according to an indictment unsealed on Oct. 7, 2021.

Andrew Dalack, an attorney for Najibullah, said his client would plead not guilty to the charges, which include providing material support for acts of terrorism resulting in death, murdering US nationals, kidnapping and hostage-taking.

The Taliban in August retook power in Afghanistan, almost 20 years after being ousted in a US-led invasion. Washington is pressing the Taliban https://www.reuters.com/world/asia-pacific/taliban-delegation-ends-discussions-with-us-delegation-doha-2021-10-10 to release a kidnapped American and to prevent Afghanistan from becoming a hotbed for extremist groups.

Senior US and Taliban officials held their first face-to-face meeting in Doha, Qatar, over the weekend.

The latest indictment comes a year after prosecutors accused Najibullah of kidnapping an American journalist in 2008.

Though prosecutors did not identify the journalist, a law enforcement official familiar with the matter told Reuters last year that the case involved David Rohde. Rohde, a Pulitzer Prize winner who is now at The New Yorker and previously worked for Reuters and the New York Times, escaped in 2009.

Najibullah, who pleaded not guilty to the kidnapping charges, is expected to appear on Friday before US District Judge Katherine Polk Failla.

He faces life in prison if convicted. — Reuters