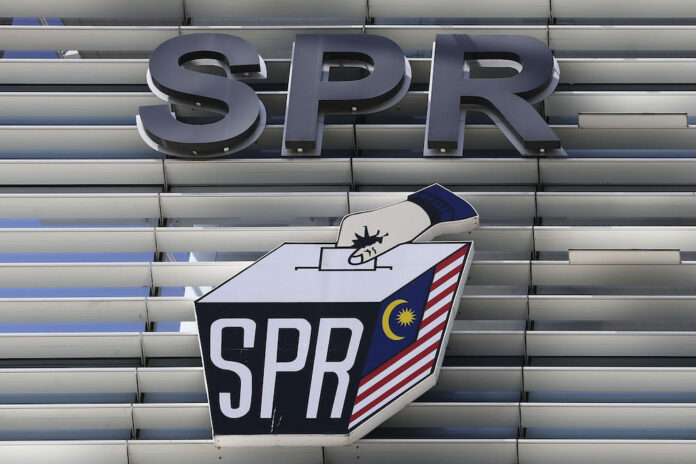 The Election Commission logo is seen at its headquarters in Putrajaya January 10, 2019. — Picture by Yusof Mat Isa

MELAKA, Nov 11 — A total of 24 Early Voting Centres (EVC) will be opened for the early voting process for the Melaka State Election on November 16.

A spokesman from the Election Commission (EC) when contacted said four state constituencies were not involved in the early voting process, namely Tanjung Bidara, Pengkalan Batu, Duyong and Serkam.

It said the early voting process would be held from 8 am to 5 pm at the police station of each state constituency, as well as at the army camp.

“Meanwhile, all postal voters are reminded to mark the ballot paper, complete and correctly fill in the declaration of identity form (Form 2) and return it to the Returning Officer before 5pm on polling day, November 20 (Saturday).

“Voters are also reminded to always maintain the secrecy of their votes by not taking pictures of postal ballot papers and sharing them on social media sites,” he told Bernama.

The EC had previously announced that a total of 7,601 postal ballot papers had been issued to eligible voters by post for the Melaka state election, with the total including 6,871 for election officials, EC members/officers, police, military personnel and media personnel.

A total of 511 postal ballot papers are for Malaysian citizens who are abroad;113 for those in nine agencies in the security and health sectors; as well as 106 for absentee voters who are abroad.