HomeNationalAsean must remain a strategic player as a bloc, says Hishammuddin
National

Asean must remain a strategic player as a bloc, says Hishammuddin 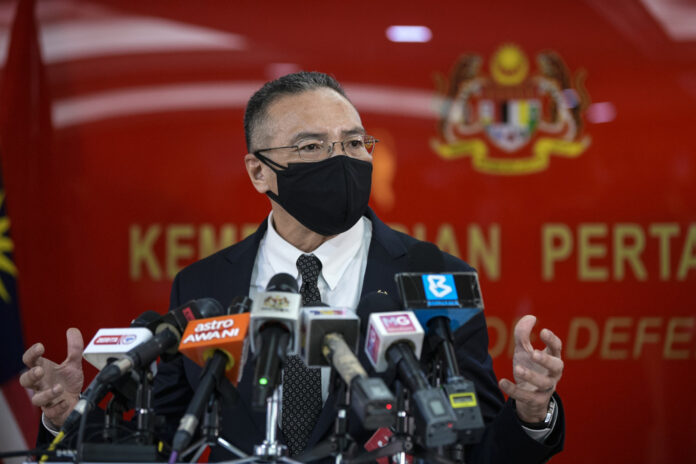 He said this can only be achieved when all nations continue to communicate and work as a united bloc, and as small nations, we must coalesce with those who share similar values that would be able to defend and promote Asean centrality, the region’s interests with external parties.

“It is now more important than ever for Asean to be united in these trying times. Despite the challenges, Asean has remained one of the most successful regional cooperation in the world, but new developments require us to work even harder, as the opportunities to split us continue to grow,” he said in his speech during Asean Defence Ministers Meeting (ADMM) Retreat held virtually yesterday. His speech was made available to Bernama.

He insisted on his counterparts that as a bloc of 10 nations, they must steer ADMM platform to be ready in facing the new defence and security landscape of the world.

“Asean must always continue to be a stabilising influence in the region as it provides the necessary platform to promote confidence, enhance capabilities, and conflict prevention through dialogues and practical cooperation,” he said.

Meanwhile, during Asean Australia-Defence Ministers’ Informal Meeting also attended by Australia Defence Minister Peter Dutton, Hishammuddin said Asean appreciated Australia’s continued efforts in engaging Asean countries in ensuring that the Aukus will not affect the Asean-led regional architecture including ADMM-Plus, as well as the safety measures implemented in the use of nuclear submarines.

“We welcome Australia, along with other members of Aukus’ commitment to keep us informed on developments regarding the arrangement,” he said.

He said in recent times, it can be observed that the balance of power in the region has become increasingly complex, adding that Malaysia aims to promote peace, stability, and prosperity across the region.

“We want to cultivate good relations with everyone and is committed to collectively maintain peace and stability in the region inclusively. We do not want to be dragged into the geopolitics of the considerations of huge powers,” he said.

Malaysia looks forward to a stronger Asean-Australia defence cooperation and welcomes continued engagements such as through this informal meeting, he added.

“I have no doubts that the numerous cooperation under the ADMM-Plus ambit such as training and exchanges in the fields of counter terrorism and cyber defence have improved professionalism among Asean states.

“Other potential areas for collaboration that could be taken up between Asean and the Republic of Korea are in the defence industry, and defence science and technology,” he said.

He added that Malaysia recognises South Korea’s expertise in these areas and believes that they can learn from each other’s experience and expertise. — Bernama