HomeNationalEarly voting in Melaka: Disposable brush to be used to apply indelible...
National 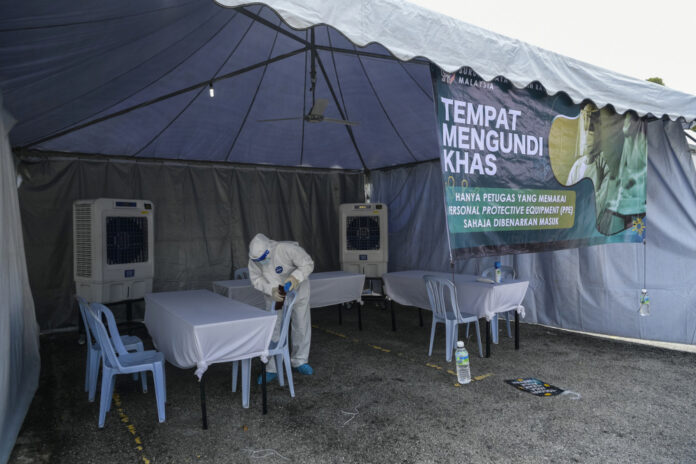 Cleaning staff carry out sanitation work at a polling station ahead of the early voting day for the Melaka 2021 state election, November 15. — Bernama pic

JASIN, Nov 15 — A special disposable brush will be used to apply the indelible ink on the fingers of Covid-19 symptomatic voters as part of the new standard operating procedure (SOP) for early voting in the Melaka state election tomorrow.

Asahan state assembly seat returning officer Luqmannulhakim Mohamad Idris said the brush would be used specifically for voters who have symptoms like cough, flu and body temperature of over 37.5 degrees Celcius.

“As stipulated in the SOP issued by the Election Commission (EC), we will still dip a voter’s finger into a special ink as a mark that he or she has voted and every EC staff will be provided with gloves and face masks.

“However, if a voter is found to be symptomatic, the individual will be taken to a special tent where we will use a disposable brush to smear ink on that voter’s finger,” he told Bernama today.

He said the ballot paper would then be placed in a special plastic and sanitised before it is put into the ballot box.

Staff manning the tents for symptomatic voters and run by the Health Ministry, meanwhile, will be provided with personal protective equipment (PPE).

He also reminded voters to check their voting times and to turn up at the stipulated times so as to avoid congestion at the polling booths.

Meanwhile, preparations at the 31 early voting centres (PPA) went smoothly, with surveys carried out at several PPAs, including at the Selandar Police Station where the voting channels, checking counters and special tents have been set up on the station’s grounds under the supervision of eight EC staff.

In fact, sanitisation work was also being carried out in the areas involved in the early voting process to ensure a Covid-19-free environment.

Simulation exercises were also conducted to ensure the early voting process at the Asahan state assembly seat, involving 27 police personnel, would go smoothly and several contingency plans, including for rain, were also formulated.

The early voting process involving the Malaysian Armed Forces and Royal Malaysia Police will be from 8am to 5pm, with a total of 11,577 voters set to cast their votes at 31 PPAs for the 24 state assembly seats.