HomeNationalDAP MP questions govt on delay in installing lockers for students to...
National 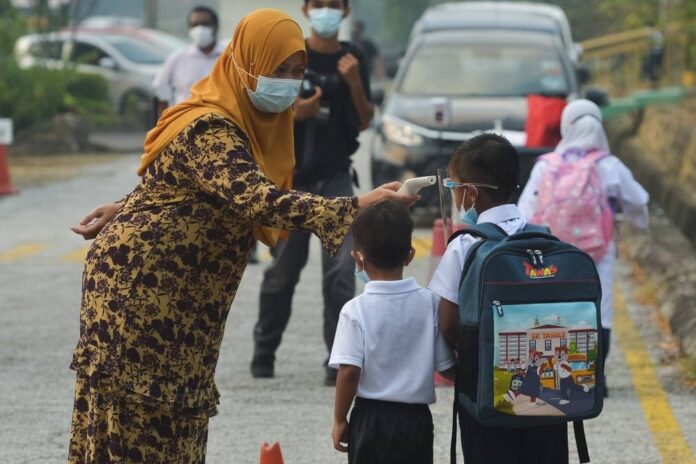 Senior Education Minister Datuk Radzi Jidin on March 6 said that his ministry would provide lockers in primary schools, at a cost of RM37.3 million. — Picture by Miera Zulyana

KUALA LUMPUR, May 20 — A former deputy minister asked the Ministry of Education (MoE) to provide a clear timeline on when lockers that were promised to be installed in primary schools will be installed.

Kulai MP Teo Nie Ching said that since the announcement by MoE that it will be providing locker facilities in primary schools two months ago, no progress has been made, pointing out that a school has resorted to outsourcing lockers from a private company to tackle the issue itself.

“According to a local media report, the school has outsourced the installation and maintenance of the lockers to a private company.

“Parents who are interested have been told to contact the school authorities and make the payment directly to the company,” she said in a statement.

Free Malaysia Today reported that a primary school in Kuala Lumpur is offering pupils lockers to keep their books for a fee of RM120 for eight months.

“Even if this project is carried out with the consent of the schools’ parent-teacher associations, the elephant in the room is where are the lockers promised by the Ministry of Education? “This situation clearly illustrates how MoE failed miserably in solving the issue of heavy bags and installation of the lockers,” she continued.

Teo, who is also DAP’s spokesperson for education, said that she had brought the issue up in Parliament on March 21, but Deputy Minister of Education Mah Hang Soon could not provide a clear answer as he claimed that more research was needed before a concrete timeline could be established.

“It is strange that the study was not conducted before MoE made the announcement on lockers on March 6.

“Nonetheless, before more and more PTA resort to self-help by renting lockers for their students, MoE should now provide a clear timeline as to when the lockers will be installed,” she said.

Senior Education Minister Datuk Radzi Jidin on March 6 said that his ministry would provide lockers in primary schools, at a cost of RM37.3 million.

He said that the first phase would involve pupils in Year One, Two and Three in schools operating in dual sessions and would benefit 323,186 pupils in 10,662 classes.

He added that lockers for those Years Four, Five and Six would begin next year in schools operating in dual sessions.