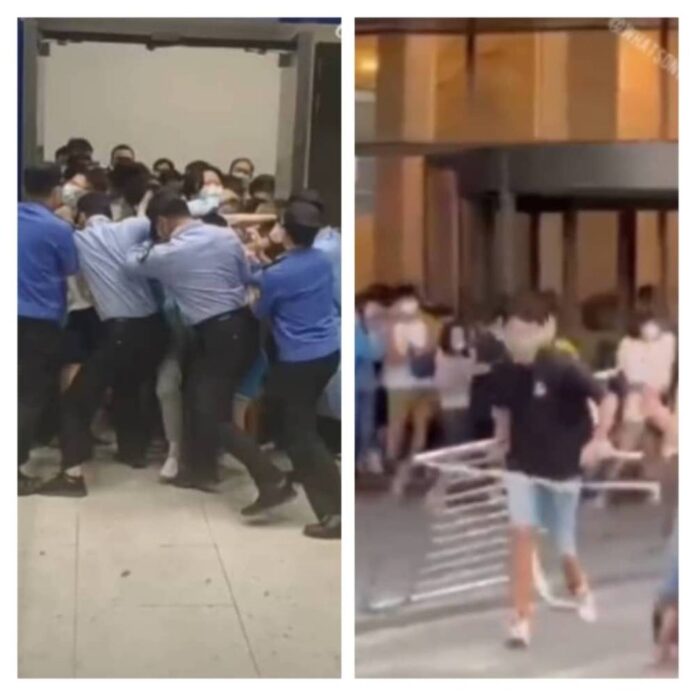 Shoppers in two malls in Shanghai made a dash for the exit after Covid-19 positive case in the premises. — Screen capture from Twitter/ @wutingzy & @manyapan

KUALA LUMPUR, Aug 16 — Two videos have emerged over the weekend showing shoppers rushing to leave a shopping mall and an Ikea store in Shanghai after the locations were alerted of possible positive Covid-19 cases.

The first incident occurred in Ikea, located in Shanghai’s Xuhui district on August 13 where local media reported that a six-year-old boy who returned from Lhasa in Tibet had been diagnosed with Covid-19.

A close contact of the child was notified while at the outlet which prompted an alert, Mothership reported.

This led to customers rushing for the store’s exits to avoid getting locked in.

In a video circulating on Twitter, many shoppers can be seen trapped inside the store after failing to exit before doors close.

The video later showed customers running out from another exit before security personnel clad in basic Personal Protective Equipment (PPE) close the door.

The store was closed for two days, but has since reopened with their staff undergoing five days of heightened personal health monitoring.

In a second video said to take place in a shopping mall in the Yangpu district of Shanghai, patrons of the Oriental Fisherman’s Wharf mall were notified of a positive Covid case inside the mall, requiring them to be taken to a quarantine hospital for 48 hours.

Instead of staying in the mall, patrons decided to make a run for it, pouring out of the one unsecured exit that was left to them.

The metropolitan has endured more than two months of stringent lockdowns earlier this year as cases soared.

Different parts of China are now facing their own lockdowns as part of China’s ongoing zero-Covid policy.

Bloomberg reported that the Chinese resort of Sanya is currently under lockdown after reporting over 1,200 cases since August 1.