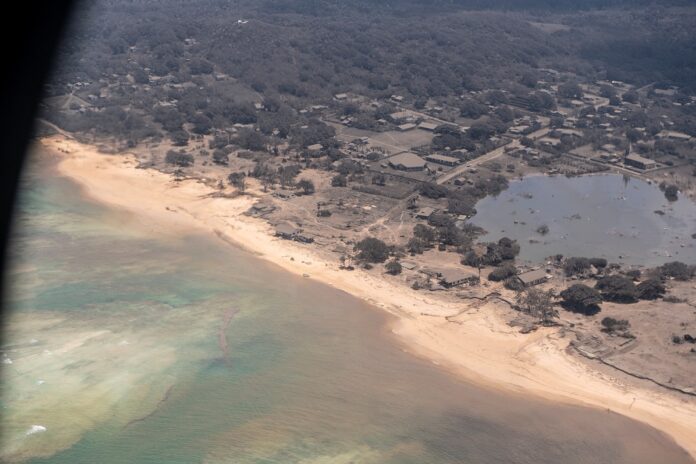 NEW YORK, Jan 19 — The United Nations is preparing for distanced relief operations in Tonga to avoid a Covid-19 outbreak in the Pacific island nation that is reeling under the impact of a volcanic eruption and tsunami, an official said today.

All the homes on one of Tonga’s small outer islands have been destroyed and three people have so far been confirmed dead, the government said in its first statement after Saturday’s devastating eruption.

With communications badly hampered by the severing of an undersea cable, information on the scale of the devastation so far has mostly come from reconnaissance aircraft.

Fiji-based United Nations co-ordinator Jonathan Veitch said in a media briefing that the agency will conduct most operations remotely, and may not send personnel to the island.

Tonga is one of the few countries that is Covid-19 free and an outbreak there would disastrous, he said. The tiny island nation has 90 per cent immunisation coverage both in adults and also younger people over the age of 12, Veitch said.

“They’ve been very cautious about opening their borders like many Pacific islands, and that’s because of the history of disease outbreaks in the Pacific which has wiped out societies here.”

The UN has 23 people on the ground plus other international NGOs to help with relief efforts, Veitch said.

The Tongan government has started evacuating stranded residents in some outlying areas. Water supply has been “seriously affected” by volcanic ash and is a major concern, the prime minister’s office said in its statement late yesterday.

Ships carrying supplies and relief equipment, including water, have left from ports in Australia and New Zealand but will take at least five more days to reach Tonga’s shores.

Clearing the airport runway of ash is a priority for the government. The archipelago’s main Fua’amotu International Airport was not damaged but the ash was having to be manually removed.

“We thought that it would be operational yesterday, but it hasn’t been fully cleared yet because more ash has been falling,” Veitch said.

Tsunami waves reaching up to 15 metres hit the Ha’apia island group, where Mango is located, and the west coast of Tonga’s main island, Tongatapu, the prime minister’s office said. Residents were being moved to evacuation centres as 56 houses were destroyed or seriously damaged on that coast.

Atata and Mango are between about 50 km and 70 km from the Hunga Tonga-Hunga Ha’apai volcano, which sent tsunami waves across the Pacific Ocean when it erupted with a blast heard 2,300 km (1,430 miles) away in New Zealand.

The US Agency for International Development approved US$100,000 in immediate assistance to support people affected by volcanic eruptions and tsunami waves. — Reuters