Could a dog-allergy vaccine be in sight? 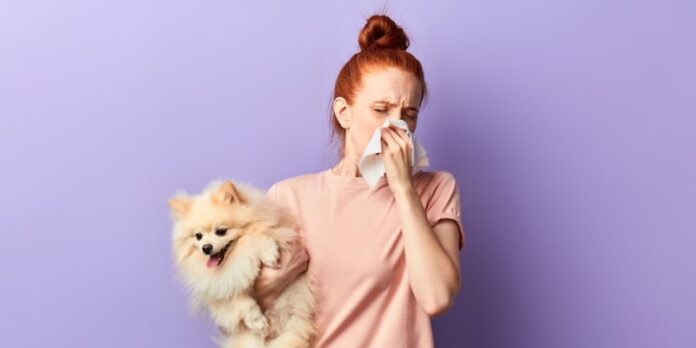 Researchers have discovered the allergen responsible for 50 to 70 per cent of reactions in people allergic to dogs. — Picture courtesy of UfaBizPhoto / Shutterstock via ETX Studio

NEW YORK, Jan 13 — Researchers in Japan are working to create a vaccine for people with dog allergies. As a mark of their progress, they have pinpointed the allergen responsible for 50 to 75 per cent of reactions in people allergic to dogs.

Could dog allergies soon be a thing of the past? For the time being, allergy sufferers rely on antihistamines or desensitization therapies to get their immune systems used to their allergens. But medical advances could one day put an end to symptoms such as sneezing and runny noses. Researchers in Japan are currently working on a vaccine for people with dog allergies. Their current findings are published in The FEBS Journal.

An allergen responsible for 50 to 75 per cent of reactions

As their research progressed, the specialists were able to identify seven allergens present in dogs. These seven allergens are called “Canis familiaris” and numbered from Can f 1 to Can f 7. And it turns out that one of them accounts for 50 to 75 per cent of reactions in people allergic to dogs.

This allergen is Can f 1, present in the tissues of the tongue, the salivary glands and the skin of our canine companions. Its molecules “bind to an antibody and produce an unusually strong immune response that would normally be harmless,” explain the researchers from Osaka Prefecture University in a press release.

Using x-ray crystallography, the researchers were able to map Can f 1 entirely and thus isolate the different epitopes, the parts of an antigen that are recognized by the immune system and stimulate an immune response.

While this is an important first step in the development of a vaccine, allergy sufferers will still have to be patient. Nevertheless, the researchers are optimistic, assuring that a dog-allergy vaccine “is within our grasp.” — ETX Studio