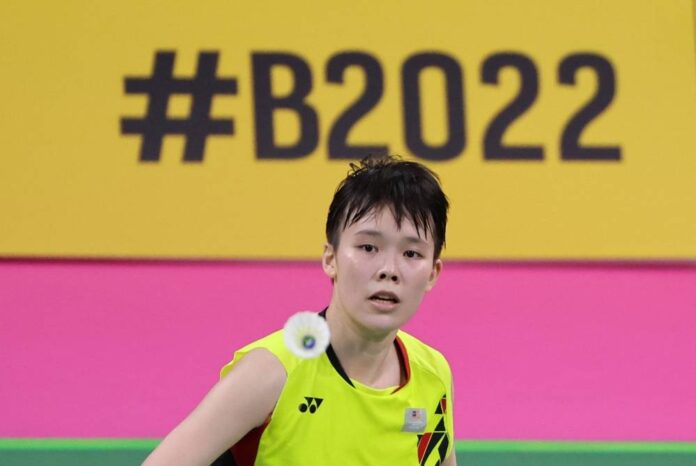 If Jin Wei’s highly-spirited display against Sindhu in the third game of the Malaysia-India mixed team final on Tuesday (August 2), which saw her going down 20-22, 17-21, is of any indication, she could well be on the right track to exacting sweet revenge against the Indian shuttler.

Jin Wei may hold a slight advantage going into tomorrow’s match-up as she was given a walkover by Tamisha Janella Williams of Barbados in the round of 16 while Sindhu had to take care of business by thumping Uganda’s Kobugabe Husina 21-10, 21-9 at the National Exhibition Centre here yesterday.

In the quarter-finals, Aaron-Wooi Yik will take on Uganda’s Brian Kasirye-Daniel Wanagaliya, who had earlier disposed of Zambians Chongo Mulenga-Kalomba Mulenga 21-15, 21-15.

National top men’s singles shuttler Ng Tze Yong, however, continued his impressive form here as he outplayed Ajfan Rasheed of Maldives 21-7, 21-9 to check into the quarter-finals.

An intriguing task awaits world number 42 Tze Yong as he will be up against world champion Loh Kean Yew after the Singaporean trounced Alexandre Jean Bernard Bongout of Mauritius 21-13, 21-10.

Kian Meng-Pei Jing will be up against Jessica Pugh-Callum Hemming after the home pair defeated Jamaica’s Angus Joel-Katherine Wynter 21-11, 21-7. – Bernama