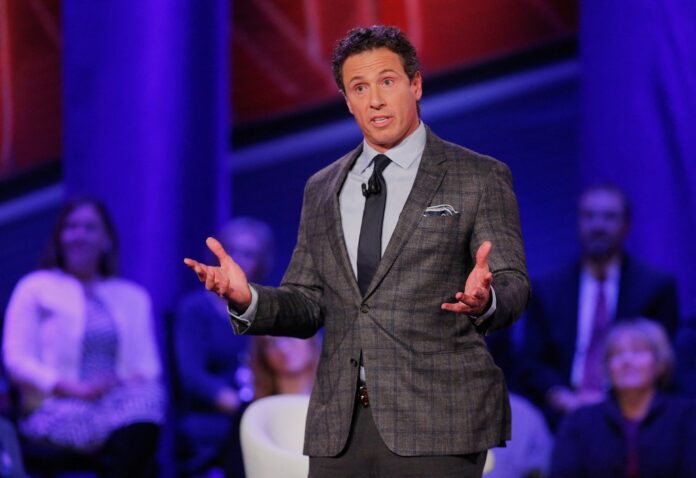 Chris Cuomo had been suspended from CNN over the matter just days before his termination.

“We retained a respected law firm to conduct the review, and have terminated him, effective immediately,” a statement posted to CNN’s official communications Twitter account said.

“While in the process of that review, additional information has come to light.”

The termination comes after documents surfaced showing that Cuomo, who anchored the 9:00 pm news slot, offered advice to his politician brother that was deemed too close for comfort by his employer.

“The documents, which we were not privy to before their public release, raise serious questions,” a CNN spokesperson said Tuesday, adding they “point to a greater level of involvement in his brother’s efforts than we previously knew.”

CNN on Saturday found itself in the awkward position of reporting on the firing of one of its own anchors.

“This is not how I want my time at CNN to end but I have already told you why and how I helped my brother,” Cuomo, 51, said in a text message statement read out on the air by CNN media reporter Brian Stelter.

“So let me now say as disappointing as this is, I could not be more proud of the team at ‘Cuomo Prime Time,'” Cuomo added. “I owe them all and will miss that group of special people who did really important work.”

Cuomo has spoken candidly of his strong bond with his older sibling.

“He’s my brother, and I love him to death no matter what.”

In October, the former governor — whose father Mario Cuomo had also been governor of New York — was charged with a misdemeanour sex crime for forcible touching.

At the start of the pandemic, the Cuomo brothers soared to new heights of popularity: Andrew, 63, earned praise for his frank daily briefings as the coronavirus ravaged New York, and his live exchanges with Chris on CNN were peppered with banter.