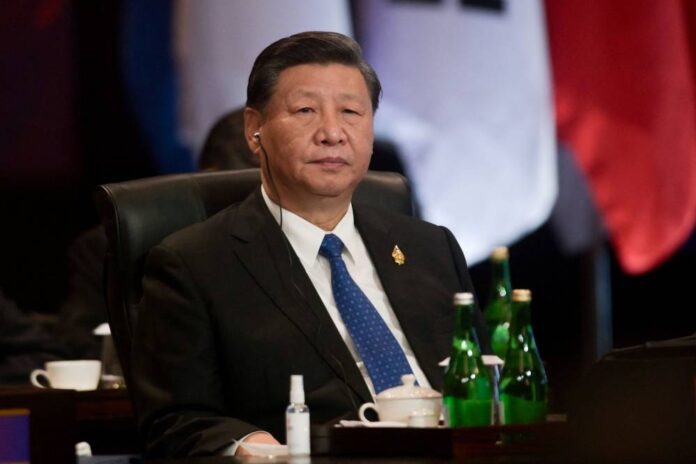 China’s President Xi Jinping attends the opening of the G20 Summit in Nusa Dua on the Indonesian resort island of Bali on November 15, 2022. — Pool pic via Reuters

BEIJING, Nov 15 — China’s Xi Jinping was the leader everyone wanted to meet at this week’s G20 summit, where he took centre stage in a carefully choreographed appearance after three years of self-imposed pandemic isolation.

President Xi strode into Tuesday’s G20 summit the morning after a three-hour meeting with his US counterpart Joe Biden in which they promised to dial down the rhetoric and work to close the yawning gap between the two powers.

With smiles and handshakes — as well as promises of fresh talks on climate change and trade — Xi appeared keen to paint himself as a magnanimous diplomat ready to confront global challenges and build bridges.

“Xi Jinping is certainly working to make up for lost time on the international stage,” said Danny Russel, Vice President at the Asia Society Policy Institute in New York, adding that Xi’s burst of diplomacy resembled a “charm offensive”.

“The Biden-Xi summit raised hopes that the two powers might now be willing to separate their global responsibilities from their bilateral differences.”

And the conspicuous absence of Russia’s President Vladimir Putin — isolated on the world stage because of his brutal war in Ukraine — solidifies Xi’s place as the prime global counterweight to the US-led international order.

Xi and Biden both entered their tete-a-tete in Bali from a position of strength — the former secured a historic third term as China’s top leader at the Communist Party Congress last month, and the latter’s Democratic Party exceeded expectations in the US midterm elections.

Flanked by foreign policy and political figures from his reshuffled Party top brass, Xi did not waver on Beijing’s hardline position on Taiwan and told Biden it was the “core of China’s core interests” and an “insurmountable red line in US-China relations”.

Nor did he appear to make any clear concessions on the Ukraine war or North Korea’s weapons tests.

‘Trying to thread a needle’

Indeed, Chinese officials may have been relieved by Putin’s G20 absence, which spared them from having to show more concrete support for him in the face of united Western condemnation of Russia, analysts said.

“Xi is trying to thread a needle between trying to look like a respectable leader in the international system and supporting Putin,” said Michael McFaul, professor of international studies at Stanford University and former US Ambassador to Russia.

Putin’s isolation at home and international pariah status could not contrast more sharply with the image Xi is projecting this week.

And his remarks to Biden that he agreed nuclear war should not be fought and cannot be won represent a clear rebuke to the Russian leader.

“Not having to deal with Putin, with whom Xi has created an image of having close ties, also means that Xi does not have to defend or criticise Russian actions.”

Despite the lack of major breakthroughs, the warmer-than-expected meeting with Biden paves the way for Xi’s subsequent talks with a train of foreign dignitaries relieved at the prospect of no immediate escalation in the US-China rivalry.

“Neither Biden nor Xi went into this meeting expecting to get concessions on the contentious issues,” said Russel, formerly a top State Department official working on China.

“It seems, though, that they were able to get at least a tacit agreement that those disagreements should not preclude cooperation on unrelated global priorities.” — AFP