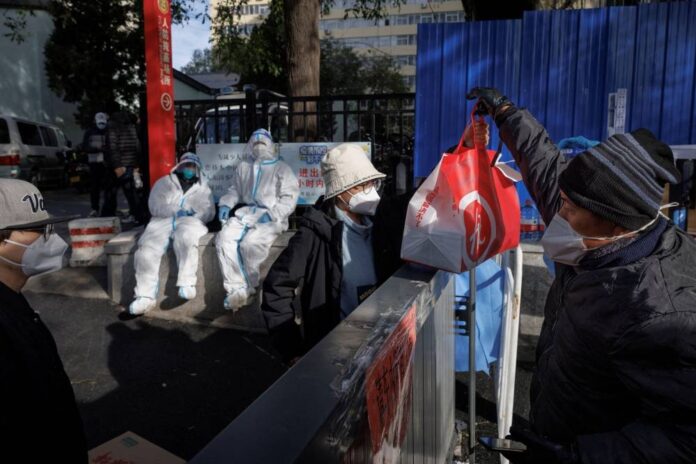 A delivery driver hands food to a resident of an apartment compound that was placed under lockdown as outbreaks of the coronavirus disease (Covid-19) continue in Beijing, China, November 12, 2022. — Reuters pic

That is compared with 11,950 new cases a day earlier — 1,504 symptomatic and 10,446 asymptomatic infections, which China counts separately.

There were no new deaths, the same as a day earlier, keeping fatalities at 5,226. As of yesterday, mainland China had confirmed 271,968 cases with symptoms.