Chelsea stay top ahead of Liverpool and City, United stumble 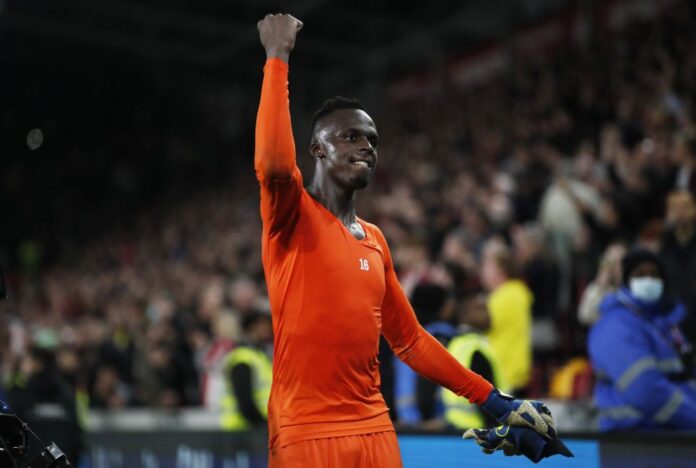 LONDON, Oct 17 — Chelsea survived a late onslaught by Premier League new boys Brentford to win a pulsating West London derby 1-0 on Saturday, keeping them top of the table ahead of Liverpool and Manchester City who cruised to comfortable victories.

Troubled Manchester United fell to a 4-2 defeat by Leicester City, meaning they have picked up just one point from their last three Premier League games and they slipped to fifth place.

Chelsea have 19 points, one ahead of Liverpool and two ahead of City, after Ben Chilwell struck in the first half before goalkeeper Edouard Mendy pulled off a string of late saves to deny Brentford an equaliser.

Bryan Mbeumo hit the post twice for the hosts and Chelsea’s Trevoh Chalobah had to clear off the line from Christian Norgaard who later thought he had scored the goal Brentford deserved only to see Mendy pull off another stunning save.

“Mendy was absolutely world class and I think he’s been crazy good for Chelsea,” Brentford coach Thomas Frank said. “I just said to him it was a little bit annoying he was so good today.”

United manager Ole Gunnar Solskjaer’s critics will be circling again after his side fell apart in the final stages at the King Power Stadium in their latest disappointment.

Mason Greenwood had fired United into a 19th-minute lead with a fine 20-metre drive that flew in off the inside of the post.

But United skipper Harry Maguire, rushed back from injury against his former club, was at fault for Leicester’s equaliser, being dispossessed by Kelechi Iheanacho who set up Youri Tielemans to fire home.

Caglar Soyuncu put the Foxes ahead in the 78th minute only for Marcus Rashford, back from injury and in the side for the first time this season, made it 2-2 in the 82nd minute.

But Leicester were to have the final say with goals from Jamie Vardy and Patson Daka earning Brendan Rodgers’ side their third win of the campaign.

While United slip outside of the top four, Liverpool’s impressive start to the season continued with Roberto Firmino scoring a hat-trick in a 5-0 demolition of Watford at Vicarage Road, inspired by Mohamed Salah.

Salah played a sublime pass to Sadio Mane with the outside of his left boot for the Senegalese striker to claim his 100th Premier League goal in the ninth minute.

Mane then picked out James Milner on an overlapping run and he drove a perfect ball across the goal for Firmino to steer home from close range in the 37th minute to put the Reds 2-0 up at halftime.

Firmino then had a simple tap-in after Watford keeper Ben Foster failed to collect a backpass from Craig Cathcart, the ball spilling out to the Brazilian.

Salah then produced a moment of magic — trapped in tight space surrounded by Watford defenders, showed great skill to wriggle his way clear and then curl past Foster.

Firmino completed his hat-trick in stoppage time, to complete a miserable first game in charge of Watford for Italian manager Claudio Ranieri.

Manchester City’s win over winless Burnley was less spectacular but still comfortable with goals from Bernardo Silva and Kevin De Bruyne making sure of the three points.

Portuguese midfielder Silva opened the scoring in the 12th minute, tapping in after Burnley keeper Nick Pope had pushed out a well-struck low drive from Foden.

Burnley caused City some problems with Maxwel Cornet and Josh Brownhill going close but City finally put the contest to bed, in the 70th minute, when De Bruyne blasted home with his left foot.

Wolverhampton Wanderers came from two down to win 3-2 at Aston Villa with all five goals coming in the second half of a thrilling Midlands derby.

Midfielder Ruben Neves’ 95th-minute free-kick deflected off Matt Targett to give Wolves their fourth win of the season and move them up to eighth.