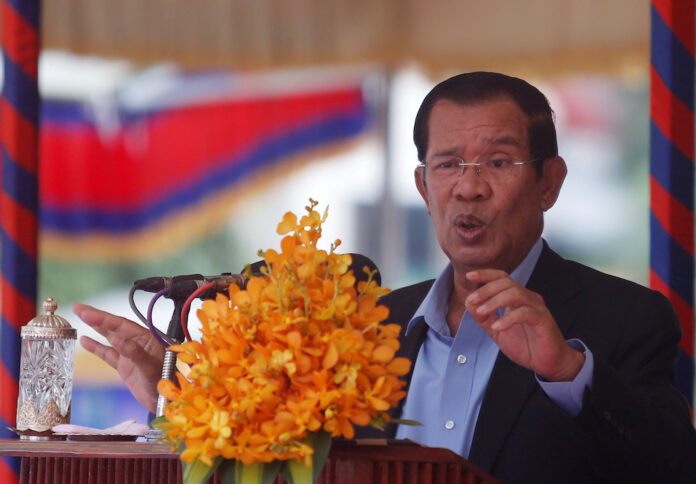 Cambodian leader Hun Sen on Wednesday ordered the justice ministry to amend the constitution to bar holders of the country’s top posts from being citizens of other nations. — Reuters pic

PHNOM PENH, Oct 6 — Cambodian leader Hun Sen on Wednesday ordered the justice ministry to amend the constitution to bar holders of the country’s top posts, including the prime minister, from being citizens of other nations.

On his Facebook page, Hun Sen said the prime minister, upper and lower houses speakers and head of the constitutional council must only hold Cambodian citizenship “to show loyalty to the nation and avoid foreign interference”.

The remarks by Hun Sen, one of the world’s longest-serving leaders after more than three decades in power, come days after a report in the Guardian newspaper named him as one of thousands of non-Europeans given Cypriot passports, citing information in a data dump known collectively as the “Pandora Papers“.

But lawyers for the Cambodian government on Wednesday said the Guardian report was false and Hun Sen has only Cambodian citizenship.

“Government lawyers deny and dismiss the Guardian story completely as untruthful, baseless, and in contrast of truth,” they said in a statement.

The statement did not specify whether or not Hun Sen had held more than one nationality in the past.

Hun Sen’s Cambodian People’s Party (CPP) has been in power since 1979 and controls the legislature following the dissolution of the main opposition party three years ago for allegedly plotting to overthrow the government.

The opposition rejects that and many of its members have been arrested or jailed or fled into exile, some receiving citizenship in those countries.

Hun Sen’s longtime rival Sam Rainsy is a French citizen living in Paris to avoid a series of convictions.

A Reuters Special Report in October 2019 showed family members and key police, business and political associates of Hun Sen had used their wealth to buy a foreign nationality via a citizenship for sale arrangement in Cyprus. — Reuters

Facebook
Twitter
Pinterest
WhatsApp
Previous articleSarawak presents RM5.03 mln in grants to federal agencies battling drug, substance abuse
Next article‘I have never conditioned my husband to follow my opinions,’ Rosmah says of ‘Can I advise you something’ audio clip
malaysiajournal.com_admin