HomeEntertainmentCaffeine and coffee grounds: Two natural ingredients to add to your beauty...
Entertainment 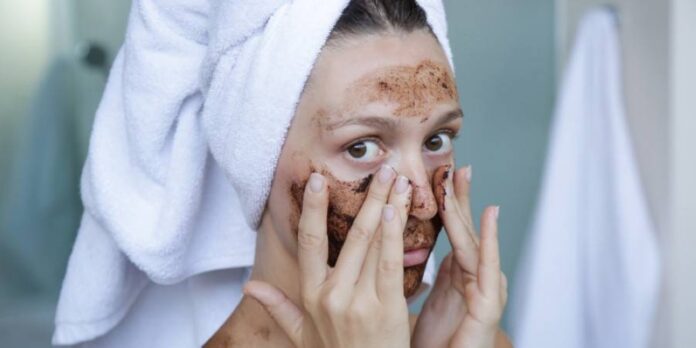 Coffee grounds can be a great skin exfoliant. — Picture by triocean / Getty Images via ETX Studio

NEW YORK, Sept 29 — There’s more to coffee than its reputation as a pick-me-up drink. As well as having health benefits, it also happens to be a major beauty ally for skin and hair. It is even a must-have in the fight against cellulite, skin aging, dead skin and dull hair. Ahead of International Coffee Day, October 1, let’s take a look at some of the benefits and virtues of this natural and effective ingredient, which won’t break the bank.

Have you ever considered using coffee as part of your beauty routine? It seems that many people have, judging from the numerous recipes for homemade cosmetics featuring the ingredient that can be found on social networks, notably TikTok. And it’s not really a surprise because coffee — whether as an active ingredient (caffeine) or in its different textures (coffee grounds or powder) — has countless virtues for skin and hair. Here’s a look at some of these benefits, which could convince you to concoct your own treatments, or embrace some of the numerous cosmetics products based on this precious ingredient.

It’s not uncommon to find cosmetics formulated with caffeine, an active ingredient known for its slimming and firming benefits. Generally, it is found in creams, gels, and other beauty products designed to help lose a few centimeters on the hips, thighs, or buttocks, as well as in anti-cellulite products or formulations designed to help users improve tone or firmness.

But caffeine is also present in certain facial care products, again with the aim of fighting skin slackening, but also — and above all — to improve the appearance of the eye contour area and reduce puffiness and dark circles (it can be even more effective if the product has spent some time in the refrigerator). Creams, gels, masks, cleansers: caffeine is nowadays found in products at all price points in the beauty aisles of department stores and specialized stores.

With the advent of DIY beauty, coffee now shows up in many homemade recipes in the form of powder or grounds. Rich in caffeine, these formulations can offer the advantages mentioned above, but they can also be powerful antioxidants, promising to fight against certain effects seen on mature skins, and more generally against skin aging.

In addition to these inherent virtues, coffee grounds, thanks to their specific texture, also make for a great exfoliant for sloughing off dead cells. Simply mix it with other ingredients to get started: egg white for a mask, or vegetable oil and honey for a face and body scrub, for example. You can even use it on its own to exfoliate the scalp and hair to make it shinier.

Over on TikTok, known for being the go-to social network for DIY beauty recipes, there’s also a multitude of recipes for masks and scrubs made from soluble coffee or coffee beans. Recipes that users seem to have not only tested, but also approved. — ETX Studio