HomeEntertainmentBritish police assures motorists following a road sign will not lead them...
Entertainment 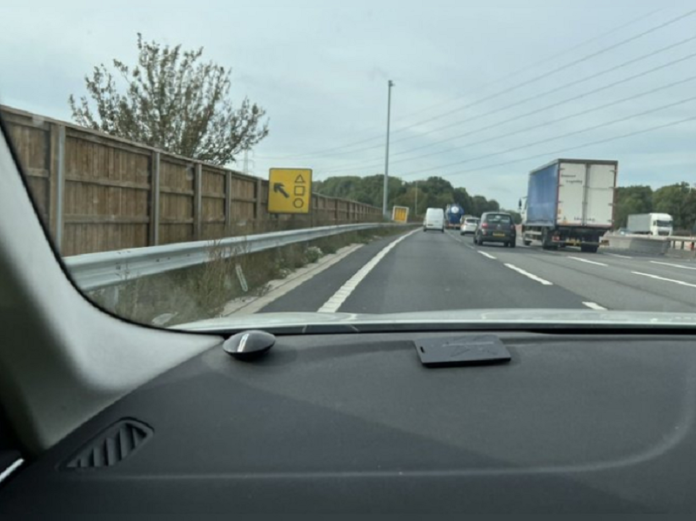 British police assured motorists that following the sign will not lead them to ‘Squid Game’. – Picture via Twitter/ @tvprp

KUALA LUMPUR, Oct 14 – The popularity of Korean drama series Squid Game has led British police to inform motorists that a road sign to direct traffic will not take them to the tournament.

The sign, at Junction 5 of the M4 near Slough, bears an uncanny resemblance to symbols that appear in the show, BBC reported.

Thames Valley Road Policing posted on its official Twitter that it was just directions for diversion routes during road works.

The show, which has become Netflix’s biggest series launched, follows a group of people in South Korea playing in a deadly tournament of children’s games.

It has been watched by 111 million users in its first 28 days, knocking Bridgerton (82 million) off the top spot.

Netflix’s vice-president for content in Korea, South East Asia, Australia and New Zealand says the show’s success is “beyond our wildest dreams”.

Minyoung Kim had reportedly said when they first started investing in Korean series and films in 2015, they knew they wanted to make world-class stories for the core K-content fans across Asia and the world.

“Today, Squid Game has broken through beyond our wildest dreams.”

The nine-part series, which debuted in September, tells the story of a group of misfits taking part in a series of children’s playground games.

While a prize of 45.6 billion Korean won (RM159 million) awaits the winner, contestants who lose are eliminated.