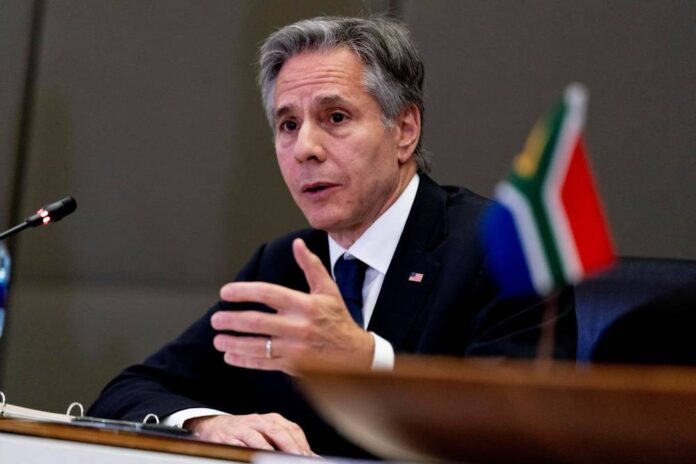 US Secretary of State Antony Blinken said the United States felt it was important to stand up to Russia because its aggression against Ukraine threatened the foundational principles of the international system. — Reuters pic

JOHANNESBURG, Aug 8 — US Secretary of State Antony Blinken said todday that if Russia were allowed to bully Ukraine, to invade and take territory without being opposed, then it would be “open season” around the world.

The United States’ top diplomat was speaking at a news conference alongside South Africa’s foreign minister Naledi Pandor as part of a visit that will also take him to Democratic Republic of Congo and Rwanda.

“If we allow a big country to bully a smaller one, to simply invade it and take its territory, then it’s going to be open season, not just in Europe but around the world,” Blinken said.

Blinken said the United States felt it was important to stand up to Russia because its aggression against Ukraine threatened the foundational principles of the international system.

Russia deployed tens of thousands of troops to Ukraine on Feb. 24, in what it calls a “special military operation” to demilitarise Ukraine and protect Russian speakers there.

South Africa abstained from a United Nations vote denouncing the invasion of Ukraine, and like other African countries has resisted calls to condemn Russia.

Blinken also described comments by China that it would cease cooperation with the United States on dealing with climate change as “punishing the entire world, and especially the developing world and, notably, Africa”.

Touching on Kenya’s general elections tomorrow, Blinken said the US expectation was that the vote would take place peacefully, freely and openly. — Reuters