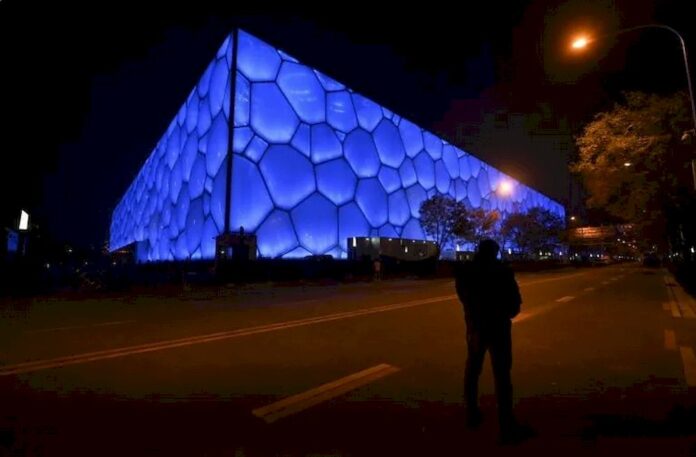 The ‘Ice Cube’ venue will operate at 20 per cent capacity during the Beijing Winter Olympics over Covid fears, its manager told Chinese state media. — AFP pic

BEIJING, Nov 13 — A major Beijing Winter Olympics venue will only let in one-fifth the spectators it normally holds due to Covid-19 fears, Chinese state media reported.

With less than 100 days to go to the Games, China is bracing for a major challenge to its zero-Covid strategy as thousands of international athletes and officials descend on its capital after months of strict border controls.

The National Aquatics Centre, the main curling venue, will allow “no more than 1,000 people” — 20 per cent of its capacity — to attend 2022 Winter Olympics events, manager Yang Qiyong told the state-run Global Times in comments published Thursday.

The venue, built to host water sports during the 2008 Summer Olympics, was dubbed the “Water Cube” for its striking box-like design.

It got a new nickname — the “Ice Cube” — after being refitted for the Beijing Winter Games.

All staff at the venue have received booster Covid-19 jabs, and backup personnel will be deployed to “take over if anyone has an epidemic-related problem”, Yang added.

China has managed to restrict domestic infections to small clusters through aggressive lockdowns and mass testing, although a nationwide spike in the past month has put authorities on high alert again.

Coming just six months after the pandemic-delayed Tokyo Summer Games, the Winter Olympics will be held from February 4 to 20 in a “closed loop” bubble.

No spectators from outside China will be allowed to attend.

And the estimated 2,900 athletes must be fully vaccinated or face 21 days’ quarantine upon arrival. They will also be tested daily.

The Beijing Winter Games organisers have said the coronavirus is the biggest challenge in the lead-up.

The event is also facing boycott calls from international campaigners over human rights concerns in China’s Xinjiang region as well as in Hong Kong and Tibet. — AFP