HomeSportsAxelsen's added consistency to his game, one to beat, says Chong Wei
Sports

Axelsen’s added consistency to his game, one to beat, says Chong Wei 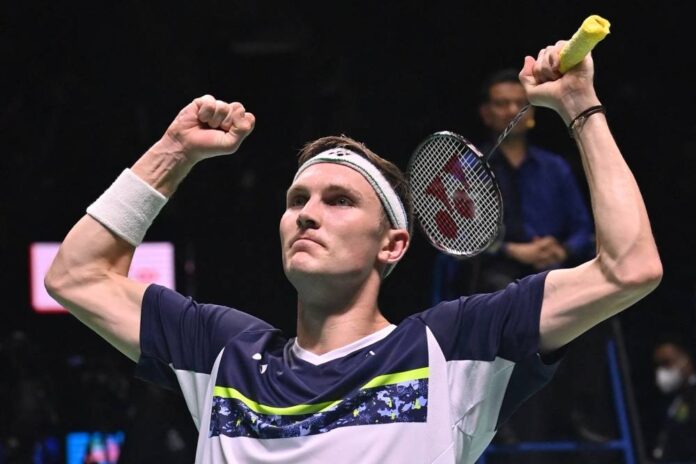 Chong Wei admitted that Axelsen, who is the current world number one, is more consistent apart from having high quality passes and shots compared to other players.

He said, Axelsen is also seen to have become an even more matured player after winning the 2020 Olympic Games in Tokyo last year compared to when he faced the European star before.

“Axelsen is more patient now, especially during long rallies, if in the past if I managed to defend his delivery, he would always be angry,” he said in a live broadcast on the TikTok application with former Indonesian great Taufik Hidayat, last night.

“Other players must play fast (tempo of the game) with Axelsen, extra training must be done in order to beat him,” said the 2004 Athens Olympic Games champion.

Axelsen, who is currently in top form, has won three tournaments this year, namely the All England Championship, last March and ‘conquered’ Indonesia through two consecutive victories, at the Indonesian Masters and the Indonesian Open earlier this month.

Meanwhile, Chong Wei admitted that the opportunity would certainly have been more open for him to win many tournaments if he was still young and playing at this time.

He explained that the competition in his time was more challenging because there were many great players including three champions from China, namely Lin Dan, Bao Chunlai and Chen Long as well as Danish champion Peter Gade and Taufik.

Taufik also agreed with Chong Wei’s view, stating that the competition was more intense when he was playing than now.

“I’m not being arrogant, but if we’re both 22 to 23 years old now, maybe we could win (tournaments) again, it used to be much harder (then),” he said. — Bernama