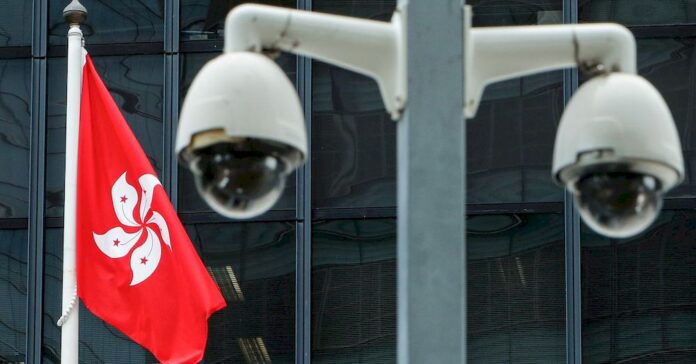 Press freedoms in the once-outspoken city have been reined in as China remoulds Hong Kong, following huge democracy protests in 2019 and Beijing’s imposition of a strict national security law last year. — Reuters pic

HONG KONG, Nov 13 – Hong Kong has refused to renew the visa of an Australian correspondent from The Economist, the newspaper’s chief editor said, as authorities in the Chinese city tighten a crackdown on free speech and dissent.

Sue-lin Wong is at least the third foreign journalist working in Hong Kong to be forced out in recent years.

Press freedoms in the once-outspoken city have been reined in as China remoulds Hong Kong, following huge democracy protests in 2019 and Beijing’s imposition of a strict national security law last year.

Wong, who is not currently in Hong Kong, was refused permission to return to work in the city, Zanny Minton Beddoes, the London-based weekly’s chief editor, said in a statement yesterday.

“We regret their decision, which was given without explanation,” she said.

“We urge the government of Hong Kong to maintain access for the foreign press, which is vital to the territory’s standing as an international city,” she added.

Beijing has been at loggerheads with both Britain and Australia in recent years over issues including trade and support for Hong Kong’s democracy protesters.

Both Canberra and London have also relaxed residency requirements for Hong Kongers wanting to leave the city, angering Beijing.

Victor Mallet, then Asia news editor of the Financial Times, was barred from entering Hong Kong after his working visa renewal was turned down in 2018.

And New York Times correspondent Chris Buckley was denied a permit to Hong Kong last year after he was expelled from mainland China.

On the authoritarian Chinese mainland, where the press is heavily controlled and censored, foreign journalists must apply for specific visas and face routine harassment.

Reporters only need a regular business visa to work in Hong Kong, however.

China promised key liberties and autonomy to Hong Kong ahead of Britain’s handover in 1997, and the city has free press protections enshrined in law.

The Financial Times, AFP, CNN, the Wall Street Journal, and Bloomberg are among multiple media organisations with regional headquarters there.

The New York Times has relocated some of its Asia hub to South Korea after multiple visa delays and the outright rejection of Buckley.

For local news outlets, consequences can be much more severe.

Earlier this year, Apple Daily, the city’s most popular pro-democracy newspaper, closed down after its assets were frozen using the new national security law.

Six of its senior executives and editors, including its founder Jimmy Lai, have been remanded over charges of “collusion with foreign forces to endanger national security”. – AFP