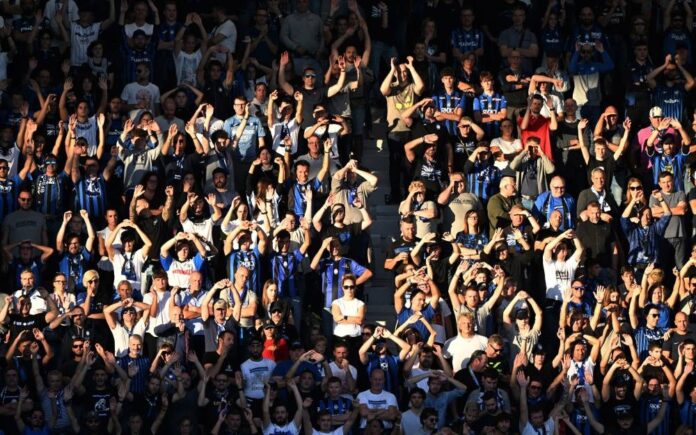 Atalanta fans in the stands during the match against Fiorentina at Stadio Atleti Azzurri, Bergamo October 2, 2022. — Reuters pic

Serie A said that the northern club had been fined for the chanting which made fun of Commisso’s southern Italian origins during their team’s 1-0 win over Fiorentina on Saturday.

Fiorentina have described the chants as racist and are unlikely to be satisfied with the fine as they demanded “severe punishment” for a “shameful episode”.

“Not only does the league have to intervene but also Coni (Italy’s Olympic committee) and the government,” said Fiorentina general manager Joe Barone in a statement.

Commisso, 72, was born in Calabria on Italy’s toe but while still a child moved to New York City, where he eventually became an American citizen and a wealthy media magnate.

In Italy chants against southerners — known as “territorial discrimination” — are taken as seriously as racial abuse of black people due to the history of discrimination against them in Italy’s wealthier northern areas such as Bergamo where Atalanta are based.

The most common target for these chants are Napoli, southern Italy’s biggest and most recognisable club.

In August Fiorentina were fined EUR15,000 for chants asking for Mount Vesuvius to explode, which is so popular among football fans it even ended up on music streaming service Spotify. — AFP