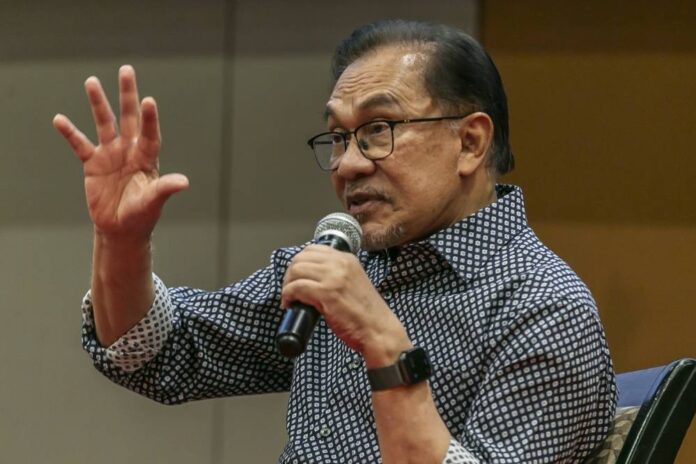 KUALA LUMPUR, Sept 29 — Opposition Leader Datuk Seri Anwar Ibrahim said that he will be setting his sights on parliamentary seats of those who had betrayed Pakatan Harapan (PH), for the next general election.

Speaking at a dinner and forum event by the Kuala Lumpur and Selangor Journalists Club (KLS) last night, the Port Dickson MP said that he wants to choose such areas to send a message to those who absconded when the then 22-month old Pakatan Harapan (PH) administration collapsed.

“I feel Port Dickson for me till now, seems much solid, much stronger compared to 2018 when I contested, because the areas which are said to be Umno fortresses, we can enter and those in the Malay areas welcome me so well, despite there being some places which were not penetrable at that time.

“So I have to choose areas of these traitors. Rightfully. I want to send out a message that these betrayals, in politics and life, are a matter that cannot be accepted well. You betray the trust, you betray the people who elected you. You betrayed for the sake of money and position.

“So I will most likely select areas, seats of traitors,” Anwar added.

Early this month, Anwar said that he might not defend his Port Dickson parliamentary seat in the upcoming 15th general election. (GE15).

The PKR president said his supporters in the Negri Sembilan seaside constituency want him to continue serving there, but his other supporters elsewhere would also like him to represent them.

He said that among them is Tambun in Perak.

“I’m considering. Friends in Port Dickson have asked me to continue. Tambun said they are getting ready. And some other areas,” he told reporters when met at the Climate Change Symposium 2022.

Anwar was elected Port Dickson MP in an October 2018 by-election after he received a royal pardon and was released from imprisonment over a sodomy charge.

Before that, he had been Permatang Pauh MP for many terms.

Ahmad Faizal had been Perak MB after Election 2018 but lost a motion of confidence in the state legislative assembly on December 4, 2020. Anwar was reported to be considering a proposal to contest in Tambun on August 11.