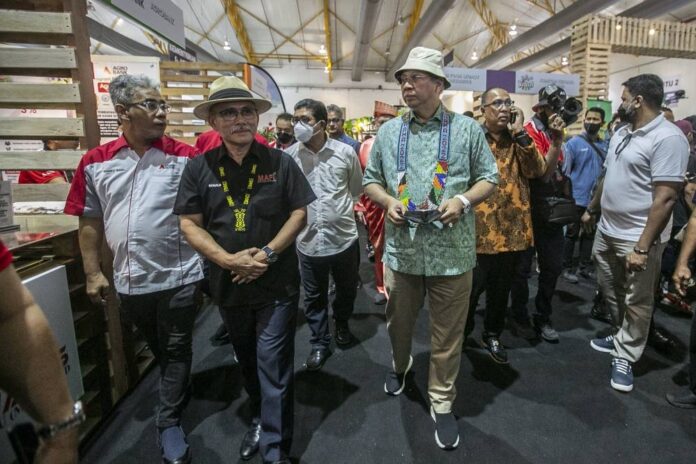 He said that all parties in the government are currently focusing on bread-and-butter issues like the inflation that has been plaguing the country.

“When the time comes or when the time is right for the prime minister to dissolve the Parliament of course we will get back to the people.

“But for now at least, the prime minister is very committed to continuing to help Malaysians to go through this difficult time,” he told reporters after visiting vendors at Malaysia Agriculture, Horticulture & Agrotourism (Maha) 2022 at Malaysia Agro Exposition Park Serdang (MAEPS) here.

Yesterday, the prime minister waved off views that his government is on shaky ground with allies from the PN coalition close to withdrawing their support for his leadership.

He said news reports of his dwindling support were likely the opinion of a small number of people and not the official stand of the Bersatu-led PN coalition.

Annuar also launched Agrex, or the Agro-Culture Acceleration Program which would enable school students to visit farms and agriculture sites to learn and appreciate them.

The biennial exhibition which was last held in 2018 will last for 11 days at MAEPS here starting from August 4 until August 14.

Maha 2022 also saw an investment of more than RM4 billion by domestic industry players as well as technology from abroad which will be finalised through nine Memorandums of Understanding (MoU).

The largest and most prestigious agricultural exhibition also featured 1,500 exhibitors with 100,000 visitors expected each day.