HomeEntertainmentWhy watching 'The Bear' is sure to give you a taste for...
Entertainment 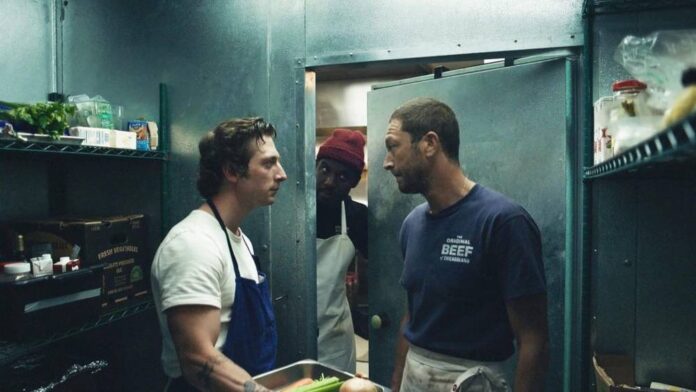 Chicago-style eatery owners have been selling double the number of sandwiches daily since ‘The Bear’ started screening. — Picture from The Bear FX/Instagram via ETX Studio

LOS ANGELES, Aug 12 — The US TV show The Bear is turning Italian beef sandwiches into a runaway success. Sales of these classic Chicago sandwiches have increased in the United States since the show’s first season aired in June.

TV series have already been seen to influence the fashion world.

Squid Game, a major worldwide hit, offered a glimpse of the powers of fiction, spurring spinoff products, makeup trends on social networks, and renewed interest in jogging suits and other clothes worn by the show’s characters.

It may not have reached the scale of a global phenomenon — yet — but the series The Bear, launched in the United States on June 23 on Hulu, is certainly having an effect in Chicago, Illinois.

The show revolves around Carmen “Carmy” Berzatto, a young chef from the world of high-end gastronomy who takes over the family sandwich shop (The Original Beef of Chicagoland) after his brother’s suicide.

The shop notably sells Italian beef sandwiches, a typical Chicago sandwich. It consists of French or Italian bread soaked in gravy, into which slices of finely chopped and seasoned roast beef are stuffed. It is then topped with “giardiniera,” an Italian relish of vegetables marinated in oil or vinegar.

This must-try dish is at the centre of the show’s plot. And now, the inevitable is happening, as demand for Italian beef sandwiches is soaring in restaurants and food outlets.

The New York Times reports that orders for these sandwiches have doubled in some stores since the series aired.

At the Dog Day Afternoon, a restaurant dedicated to Chicago-style specialties in Brooklyn, New York, owner Jarret Kerr told the American newspaper that he has sold more than 30 such sandwiches a day since the series began screening.

Before June 2022, he was only selling about a dozen.

In Chicago, outside the Mr Beef On Orleans restaurant, where outdoor scenes from the series were filmed, the manager told The New York Times that he has reached 800 sandwiches sold per day, up from 300 before the show’s success.

According to trends on the Google search engine, people have been scouring the web to find out where to get the best Italian beef sandwich in Chicago.

The number of searches for “best Italian beef sandwich Chicago” increased by 80 per cent between July 31 and August 6 worldwide. And it is precisely in the United States, in the state of Illinois, that searches for the sandwich are soaring in particular.

A spaghetti pomodoro dish seen in one of the episodes has also inspired viewers to try to recreate the recipe.

A second season of the American series is already scheduled for production. — ETX Studio