Why are wired headphones the hot new accessory for Gen Z? 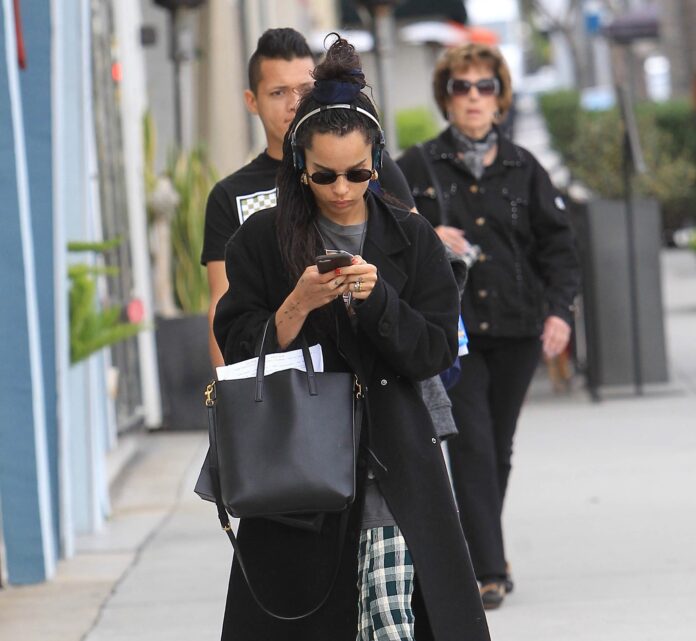 Celebrities like Zoe Kravitz have been photographed in the streets of New York with wired headphones. – Shutterstock pic

SAN FRANCISCO, Nov 25 – Apple may have a reason to be worried: its AirPods are falling out of favour with the younger generations. These users prefer the humble, wired style of headphones. That’s right, the retro accessories are coming back into fashion thanks to celebrities like Lily-Rose Depp and Bella Hadid. A phenomenon that says a lot about our relationship with nostalgia.

They’ve been stored in the back of our drawers since 2016, when Apple relegated them to the realm of uncool with the release of its Airpods. But now it’s quite possible that we’ll have to dig them out again to be on the cutting-edge of cool… even if we have to untangle them to do so. Trendsetters like Lily-Rose Depp and Zoe Kravitz were recently photographed on the streets of New York City decked out with their best wired headphones.

It’s becoming a genuine phenomenon to the point that an Instagram account, called Wired It Girls, dedicated to the most “wired” celebrities, was launched in October. Its creator, Shelby Hull, posts inspirational shots of how headphones and earbuds have made their way into pop culture over the past 30 years. A black and white portrait of Janet Jackson in a recording booth sits alongside more recent photographs of Dakota Johnson, Hoyeon Jung and Jennifer Lawrence, all with cords dangling from their headphones.

Some even see it as a true retro movement. “Girls are replacing AirPods with wired earphones. My theory is that wearing wired earphones shows the aesthetic of listening to music. Listening to music was a literal aesthetic in 2010. Now that 2010 Tumblr culture has made a huge revival, it makes sense that wired earphones would be a part of that,” explained TikToker @thedigifairy in one of her videos. An analysis that many internet users seem to agree with: the video accumulated more than 2.3 million views, before being removed from the platform on Tuesday, November 23.

AirPods, not so cool anymore?

However, this taste for wired headphones among some of the biggest – and wealthiest – influencers isn’t exactly new. American journalist Liana Satenstein noted Bella Hadid’s passion for these types of accessories back in 2019. “Whatever the reason, Hadid’s choice for flaunting those classic wires feels strangely luxurious. The choice connotes that she can’t be bothered to keep up with the latest tech and prefers the simpler things in life, which is, oddly enough, the true measure of success,” she wrote in Vogue.

But the fashion didn’t catch on at the time. Three years later, it has now become a must-have. On Twitter, some members of Generation Z even claim to have ditched their AirPods for their now delightfully vintage ancestor, to look more like their favourite celebrities such as Lily Rose Depp.

In addition to the desire to emulate certain celebrities’ casual style, the return of wired headphones attests to our changing perception of what is “hip.” Just as “ugly” has become associated with making a fashion statement, AirPods are now on the wrong side of cool for many. The reason? They are overly associated with the fast-paced lifestyle of Silicon Valley types who are always between calls. Their price also plays a significant role in how perceptions of them are changing. Anyone buying Airpods (2nd generation) in the US has to pony up US$159 (RM670) for a pair and US$249 for the professional model. A luxury that many people, especially in the young generations, can’t necessarily afford.

Apart from their more attractive price, wired headphones also tap into our nostalgia for the world before. “What people are craving is the period when they had fewer worries, more innocent fun, and greater emotional support during difficult times,” explained Krystine Batcho, psychology professor at Le Moyne college told Vox in 2020. “It was simpler. Now there are all these choices. [Social media] got so complicated that it ruins some of the fun.”

The revival of vinyl, long given up for dead after several consecutive technological evolutions within the music industry, is part of this logic. These objects become relics of a bygone era, when listening to music was a true aesthetic experience and not a market controlled by streams and algorithms. There may be no way back, but wired headphones at least give us the impression that there is. Something that more than justifies the time spent untangling them. – ETX Studio