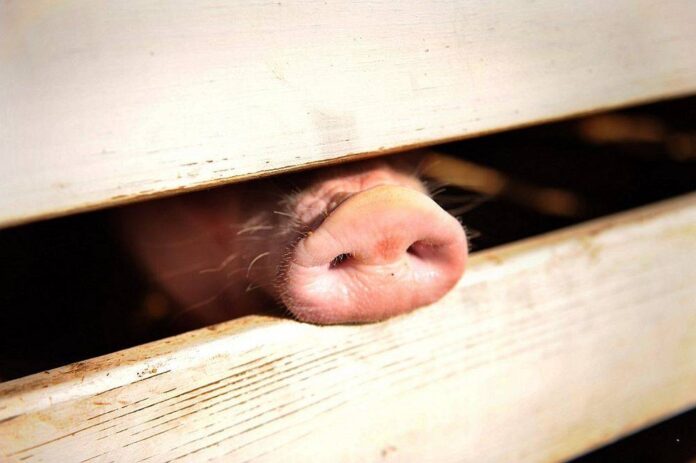 DVS in a statement today also informed that the seizure, closure and disinfection process of the two commercial farms is underway. — AFP pic

PUTRAJAYA, Sept 23 — The Department of Veterinary Services (DVS) has completed the culling and disposal of the population of pigs infected with the African Swine Fever (ASF) in two commercial livestock farms in Kerian, Perak.

DVS in a statement today also informed that the seizure, closure and disinfection process of the two commercial farms is underway.

“We have also conducted surveillance, clinical inspection and taken samples at the commercial pig farms in the affected area (surveillance/monitoring zone) including slaughterhouses in other states in the peninsular.

“The conditions for moving pigs and pork products from Perak to the rest of peninsula Malaysia have also been tightened,” read the statement.

Following this, the department said all commercial pig farms have been asked to strengthen biosecurity practices and facilities at their respective premises to curb the outbreak of the disease.

Among the steps that could be taken include ensuring the perimeter fencing is secured to prevent human and wild animal intrusion including wild boars, it added.

“Farmers are also advised not to send pigs to the slaughterhouse if the animals show clinical signs of the disease on the farm.

“Vehicles used to transport the pigs must go through the whole disinfection process covering the outer and inner surface of the lorries before entering and exiting the slaughterhouse,” it said.

“DVS would also like to advise the public not to buy directly from the farm or vehicles to transport pigs. The public is also reminded not to panic because the ASF disease is non-zoonotic which means it is not transmitted to humans.

The public is also warned against buying directly from the farm or pig transportation vehicles, it said, adding that there is no cause for panic because the ASF is a non-zoonotic disease, which means it does not infect humans.

“So far, there are no reports or complaints of high pig deaths received from the Kerian district,” it said.

The DVS also urged farmers to quickly report to the department if there are mass deaths of pigs. — Bernama

Woods not on initial field list for Hero World Challenge