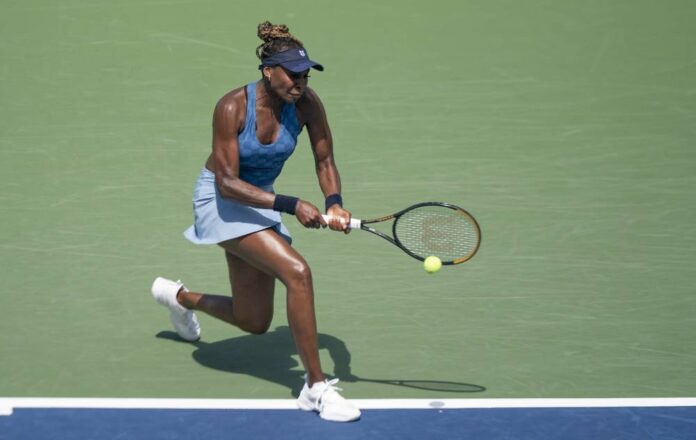 Venus Williams returns the ball in her match against Karolina Pliskova at the Western & Southern Open at the Lindner Family Tennis Centre, Cincinnati August 16, 2022. — Reuters pic

The 42-year-old Williams, twice champion at Flushing Meadows, returns to the US Open for the first time since 2020. Her sister Serena, the winner of 23 Grand Slam singles titles, could bring the curtain down on her remarkable career in New York.

Serena Williams announced her forthcoming retirement last week in Toronto, saying she was “evolving away from tennis”, although she has not specifically said the US Open will be her final tournament.

Coming back from an ankle injury that has sidelined her for much of the season, Kenin, the 2020 Australian Open winner, has seen her world ranking drop from number four to its current 412 and she has not competed at the US Open since 2020.

Austrian Thiem, who rallied from two sets down against Alexander Zverev to win the 2020 US Open, is also returning from a long injury layoff that has seen his world ranking drop to 228. — Reuters