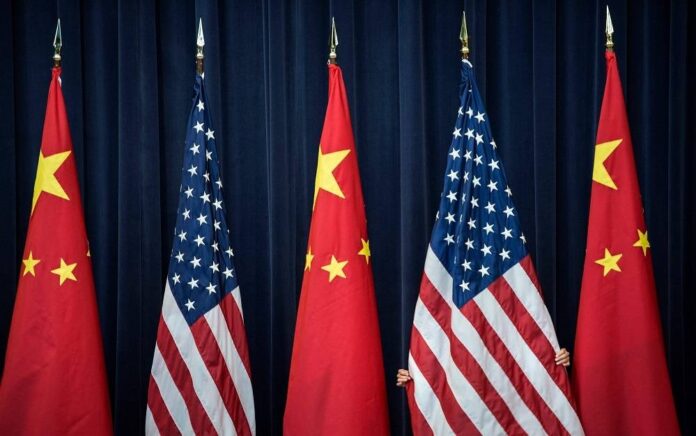 WASHINGTON, Aug 6 — The scale of China’s military and political response to a visit to Taiwan by the top US lawmaker suggests the latest downturn in relations between the two superpowers could be deep and long-lasting, analysts say.

Despite the White House’s best efforts to downplay the visit by House Speaker Nancy Pelosi, Beijing ordered large scale naval and air force exercises around the island, fired 11 ballistic missiles in nearby waters, and suspended cooperation with Washington on military relations, climate change and law enforcement.

President Joe Biden’s administration denied there was any crisis, but experts say the tensions over Taiwan have risen to their highest level in nearly 30 years with an elevated risk of military conflict.

“The relationship is in a very bad place right now” said Bonnie Glaser, a China expert at the German Marshall Fund.

But the suspension yesterday of bilateral military and maritime dialogue while China continues its military exercises was “particularly worrisome,” she said.

“We don’t know what else they will do,” she said. “We just don’t know if this is just a temporary thing.”

The White House yesterday rejected Beijing’s call for Washington to defuse the situation, having already labeled China’s actions as “manufactured.” “The Chinese can go a long way to taking the tensions down simply by stopping these provocative military exercises and ending the rhetoric,” said spokesman John Kirby.

On Thursday he said that China was seeking to alter the decades-old situation in which Taiwan was permitted to grow into a prosperous, self-ruled island supported by the United States even as Beijing adamantly claimed it as a part of China.

“We oppose any unilateral changes to the status quo from either side,” Kirby said.

John Culver, a former CIA Asia analyst, said in a discussion Thursday hosted by the Centre for Strategic and International Studies, that China’s main purpose with its military exercises was to change that status quo.

“I think that this is the new normal,” Culver said.

“The Chinese want to show… that a line has been crossed by the speaker’s visit.” Beijing’s next steps are unknown, but if it persists with or widens military exercises, or starts flying aircraft over Taiwan, “then that raises this definition of a new normal.” China has at its disposal a “spectrum of diplomatic, economic, information and cyber (fields) in which to alter the status quo,” he said, adding that the changes could be significant “for the longer-term trajectory” of cross-strait and US relations.

But others say that, as in the previous 1995-1996 Taiwan Strait crisis, when both China and the US made strong shows of military muscle, the current tensions could fade over time.

Timothy Heath, a defence researcher at the RAND Corp, said Beijing has more to lose by altering the current political balance.

“We are very likely headed to a period of prolonged tension,” said Heath.

“But there is a limit to how much Beijing I think is willing to risk a serious rupture in relations with the US over Taiwan.” China’s President Xi Jinping “doesn’t really want war with us.” Prior to this week’s crisis, he noted, both sides had repeatedly signalled that they wanted to tamp down the rhetoric. China had only mildly complained about visits to Taiwan by other US officials.

But, because of her rank, Beijing sought to send a strong message about Pelosi’s visit, he said.

“It could not be a simple repeat of the same old (military) exercise they do every year,” Heath said.

Ultimately, Chinese forces did not shoot at anyone, and neither side recalled its ambassador, which might have signaled a deeper rupture.

American University Professor Joseph Torigian said Beijing’s message was meant to signal that China can alter the power balance in the region if it chooses.

“The Chinese seriously believe that the United States has not been respecting their interests on the Taiwan issue,” he told AFP.

“By taking steps they haven’t previously, (China) is signalling that they can react by changing the status quo as well,” he said.

But it is not clear that’s what they want.

As long as China “can tell itself a story that the long-term indicators are in Beijing’s favour, they can push the issue further down the line and not risk war,” Torigian said.

Risking war, he added, “would have unpredictable and dangerous implications for the CCP.” — AFP