HomeEntertainmentUK community raises funds for shop selling chocolates that melted due to...
Entertainment 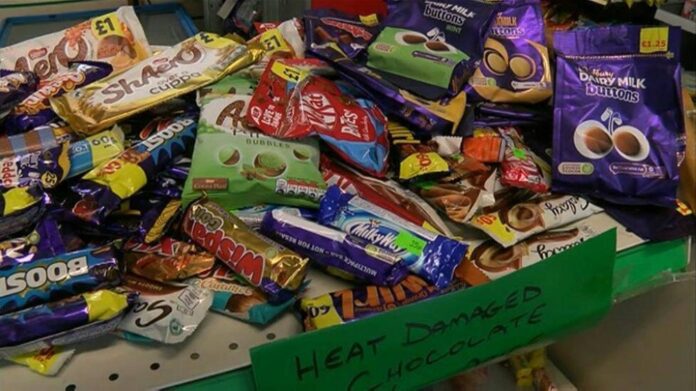 The Scunthorpe community in the UK has joined hands to donate funds to a shop selling chocolate after the heatwave destroyed its stock. — Picture via Facebook/ ICEY SHOTT

KUALA LUMPUR, Aug 5 — The Scunthorpe community in the United Kingdom has come together to help owners of a shop selling chocolates, after its stock melted due to the heatwave.

The shop — Ellis Stores — has lost about ?1,000 (RM5,409) worth of goods after its air conditioning failed to cope during the recent heatwave, BBC reported

An online appeal by the shop owners Stephen and Linda Ellis’s daughter, Claire York, has since raised more than ?450 (RM2,434) to replace the lost sweets.

York said her parents were “so, so grateful” for the donations.

“My mum has just cried,” she said.

“For the whole week she just cried every time anybody’s given any money, anybody’s done anything.” According to the portal, the couple has been running the shop for more than 24 years.

York said that due to excesses and the rise in insurance premiums it was not worth making a claim.

“My mum was literally ready to pack in, shut the door and just leave it all, bless her,” she said.

“They’ve had a really tough couple of years with price rises and everything else, so this was like the tip of the iceberg really.” A regular customer, who was not named, said the couple “do a great job with the community and the shop”.

“Everybody knows them,” he said.

Malaysia’s food price hikes forces some rescuers, feeders to cut down on food for strays

Rescuers, feeders forced to cut down on food for strays as prices soar in Malaysia