HomeNationalTommy Thomas says Malaysia's court system must to be revamped to avoid...
National 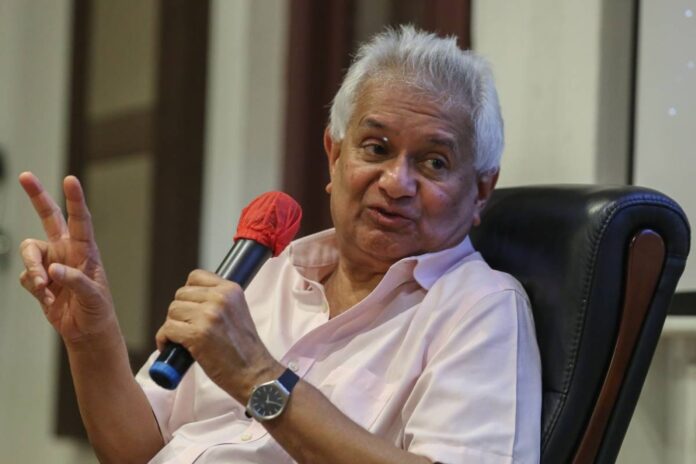 He said adjournments are easy to get and Judges are not imposing the law strictly enough resulting in convicted felons like former prime minister Datuk Seri Najib Razak moving freely despite his guilty sentence.

“It has caused great damage to the country and the judicial and political system. Four years ago we all heard sermons from Tun (Dr Mahathir Mohamad) galvanising the public against 1MDB and since then the evidence has been damning.

“Based on that, he (Najib) should be far more unpopular, but many seem to adore him many years later. I’m perplexed. This you must ask psychologists, and psychiatrists why it is.

“His (Najib) case is going on long because we all know as lawyers, adjournments are easy to obtain in Malaysia. Judges are not strict enough and cases are not allowed to start and finish in one go.

“So we have structural and systemic problems of trials which are really exploited,” Thomas said today during the book launch of the Chinese version of his book My Story: Justice In The Wilderness this evening.

Najib has applied to the Federal Court to cancel the High Court’s decision which found him guilty of the misappropriation of RM42 million SRC International Sdn Bhd funds, claiming that the High Court judge who heard his case purportedly had a conflict of interest that may lead to a real danger of bias.

He said it was unfortunate that Dr Mahathir stepping down as Pakatan Harapan (PH) leader had caused the collapse of the government paving the way for Tan Sri Muhyiddin Yassin to take over.

He said despite PH having done a good job they failed to tip the scales in their favour. “Unfortunately, PH fell when one man decided to step down but not once did the public comment on the good things they did, compare it with the terrible policies from previous governments, you’ll find PH comes out much better.

“More surprising is not enough people talking about the poor economy and rising inflation. They blame Covid-19, supply chain and so on but inflation is through the roof, the worst since Merdeka while salaries and wages are stagnant. Whose fault is this? Why aren’t we complaining about this?” Thomas also said allowing people to use their EPF was a bad move and is shocked at the lack of complaints from the public due to these terrible policies.

“So we cannot blame PH for that. They fell two years ago. So whose causing all these problems we must ask ourselves,” he added.