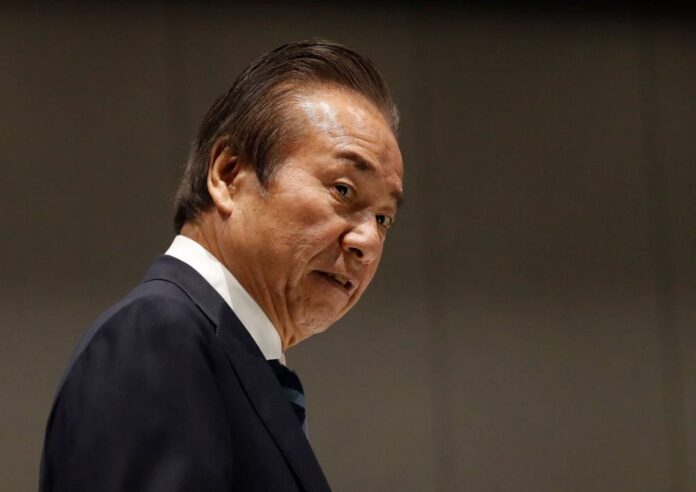 TOKYO, Aug 17 — A board member for the Tokyo Olympics was arrested today on suspicion of taking bribes, prosecutors said, along with three other men connected to the scandal.

The 78-year-old was arrested along with Aoki chairman Hironori Aoki, 83, and two other executives from the retailer, according to Tokyo Prosecutors Office documents seen by AFP.

They accuse Takahashi of accepting bribes “with the understanding they were meant as thank-you money for the beneficial and preferential treatment” he bestowed on Aoki.

According to the prosecutors, Takahashi had a total of ¥51 million (US$380,000 at today’s rates) transferred to the bank account of a company he runs, in more than 50 transactions between October 2017 and March 2022.

Later in the day, Aoki Holdings issued a statement apologising for the “enormous trouble” caused by the arrests and saying the firm “takes the matter seriously”.

“We will continue to cooperate fully with investigations by authorities,” it said.

The arrests came after Takahashi’s Tokyo home was raided last month by investigators, according to Japanese media, with searches also conducted at the Aoki chairman’s home and the disbanded Tokyo 2020 organising committee office.

Takahashi, a former executive at Japan’s biggest advertising agency, Dentsu, served on the Tokyo 2020 board from June 2014.

During that time he was reportedly considered a quasi-civil servant who was not permitted to accept money or gifts related to his position.

The Tokyo 2020 organising committee wound down operations last month, but it maintains a presence to deal with assets and liabilities.

The Tokyo Olympics were held in 2021 after an unprecedented one-year delay because of the Covid-19 pandemic. Stadiums were largely empty with fans banned over surging virus infections in Japan.

Aoki became a Tokyo Games sponsor in October 2018, allowing it to use the event’s logo and sell officially licensed products.

The case is not the first time questions have been raised about alleged impropriety around the Games.

French prosecutors launched an investigation into allegations of corruption linked to Tokyo’s bid for the Games in 2016.

The former head of Japan’s Olympic Committee, Tsunekazu Takeda, stepped down in 2019 as French authorities probed his involvement in payments made before Tokyo was awarded the event. — AFP