HomeSports'This is my style': Cucurella refuses to cut his locks after Romero's...
Sports 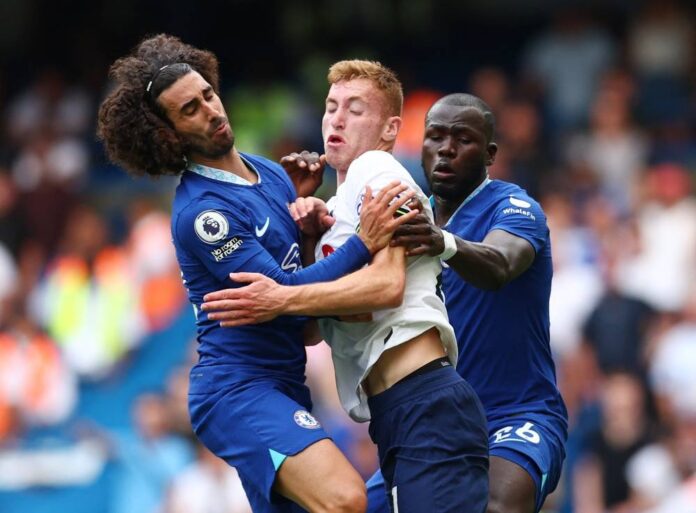 LONDON, Aug 17 — Marc Cucurella may have found himself on the Stamford Bridge turf after a painful tug of his hair by Tottenham Hotspur’s Cristian Romero over the weekend but the Chelsea defender said today that he has no plans to get a haircut.

Cucurella had his long locks pulled by Romero shortly before Harry Kane levelled the Premier League match in stoppage time, leading to a furious Thomas Tuchel saying referee Anthony Taylor should not officiate Chelsea’s matches in the future.

When asked if he would ever get a haircut to avoid a similar fate in the future, Cucurella grinned and told reporters: “No, no, never! This is my style.”

Cucurella, however, said that Romero’s pull was a clear red card.

“For me it was clear and the video was clear, sometimes referees make good decisions and sometimes they don’t, but this is not my problem, I am focused on the game,” he added.

“I saw in the stadium they were checking for a red card and for me it was very clear, but this is football. In this game it was an error, in another game the referee would take a good decision.

“I have no problem with him (Romero), it was only one action in the game. But maybe it was an important action because it’s possible to change the final result.”

Cucurella signed for Chelsea in a reported ?62 million (RM334 million) deal in the close season from Brighton & Hove Albion and the Spaniard conceded it was “a lot of money and a big responsibility” for him.

“I’m very happy to be here,” he said. “(Chelsea owner) Todd (Boehly) and the gaffer were so interested in me coming here. I need to work hard, adapt to the team and have this will to win and play good for the club.” — Reuters