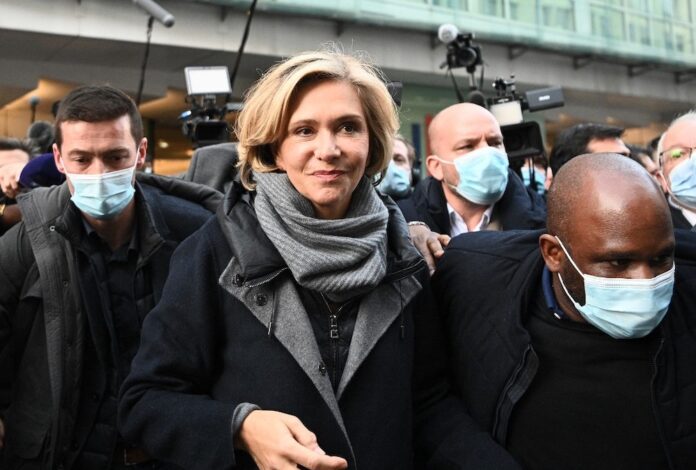 PARIS, Dec 4 — Valerie Pecresse, who today became the first woman to win the nomination of the main right-wing party for the French presidency, is betting voters are ready for her brand of can-do conservatism that focuses on economic rigour as well as security concerns.

The candidate for The Republicans (LR), has promised to “restore French pride” with a programme of budget cuts, immigration curbs, a defence of “family values” and a crackdown on crime.

Polls have not yet shown her reaching a second round run-off against President Emmanuel Macron but analysts have seen her candidacy as an intriguing prospect, should she win momentum on the campaign trail, and potentially the rival he fears most.

A self-described “Iron Lady” and “workhorse,” she insists on a need for bureaucratic reforms that would axe 200,000 civil servant jobs, but also pledges a 10 per cent pay hike for everyone earning less than EUR3,000 euros (RM14,358) a month.

After her victory she said she was thinking of all the women in France and has in the past cited outgoing German Chancellor Angela Merkel and former British premier Margaret Thatcher as trailblazing inspirations.

“A woman who stands her ground, has courage and gets things done like me is someone, like Angela Merkel in Germany, like Margaret Thatcher in Britain, who can defend tooth and nail our people’s interests,” she told BFM television after her surprise advance Thursday to the second round of the primary.

Born in the posh Paris suburb of Neuilly, the 54-year-old Pecresse is president of the Ile-de France region that encompasses millions of people outside the capital, where she handily won re-election earlier this year.

Like Macron, who is widely expected to seek re-election on his centrist platform next year, Pecresse graduated from the elite ENA school that produces the country’s top civil servants.

She cut her teeth in government as an adviser in Jacque Chirac’s administration, before being elected an MP and regional councillor in the early 2000s.

Stints as spokeswoman and budget minister under president Nicolas Sarkozy brought her to national prominence, and helped her wrest control of the Ile-de-France region from the Socialists in 2015.

She claims to have brought her region’s finances on sound footing, while accusing Macron of “burning up the till” with unrestrained spending that has worsened France’s debt load.

‘Heart of the Right’

As well as conservative social values, Pecresse also shares with the East Germany-educated Merkel an unusual ability to speak Russian, due to time spent at a Soviet youth camp in her teens.

In a reflection of the country’s rightward drift in recent years, Pecresse has said her first measure in office would be a law to stop “uncontrolled immigration” and make it harder for them to become citizens or have access to social benefits.

She has promised to bolster security in poorer suburbs, suggesting the army could be sent in to “lawless zones” where police say they are overwhelmed by drug trafficking and crime.

In terms of social policies she has called for a right that puts “human beings first.” She opposed the 2013 law allowing gay marriage in France but has since said she would not try to have it overturned.

She will first have to win over a majority of Republican voters who have not forgotten that she quit the party in 2019, accusing it of adopting far-right policies that would only divide the country.

Her rival in the second round of the primary was Eric Ciotti, a hard-liner MP who famously refused to vote for Macron in his run-off against the veteran far-right leader Marine Le Pen four years ago.

In her bid to topple Macron she has hired Patrick Stefanini, a rightwing eminence grise who directed the Republicans’ 2017 campaign of Francois Fillon — who was widely expected to win before a fake-jobs scandal sank his chances.

Pecresse is also hoping that France is ready to elect its first female leader after years of seeing voters put women in charge in neighbouring European nations.

“I’m at the heart of the right, and I can bring us together,” she said Thursday. — AFP