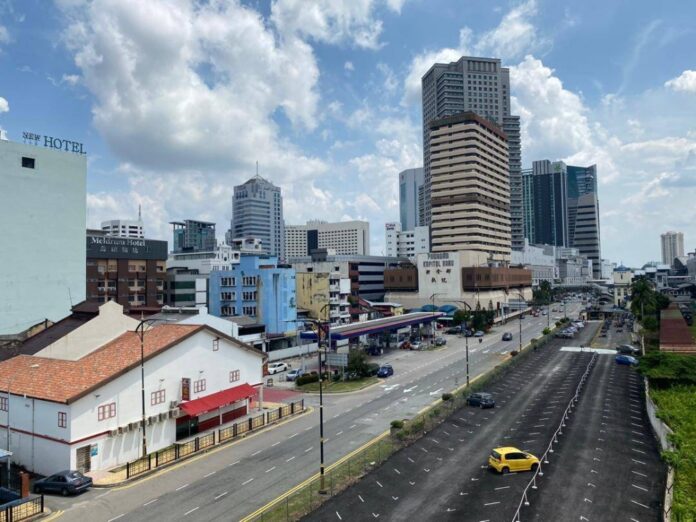 The Johor government has observed Friday and Saturday as its official rest days since January 1, 2014, following a decree from Sultan Ibrahim in conjunction with his 55th birthday celebration on November 23, 2013. — Picture by Ben Tan

JOHOR BARU, Aug 17 — Johor is set to announce an official two-and-a-half-day weekend, with Friday as a half-day, followed by Saturday and Sunday as weekend rest days, as early as next month.

It was learnt that the state government will only officially announce the reversion after hearing the views and receiving the blessings of Johor Ruler Sultan Ibrahim Sultan Iskandar, who was presented with the results of favourable feedback last week.

A source, privy to the implementation, said that all parties have in principle agreed to Johor’s proposed return to Saturday and Sunday rest days.

He pointed out that the positive support for the reversion is based to the results of several research polls conducted by the various stakeholders, such as the government, private sector, education sector, industry players, including banking, and the Malaysian Employers’ Federation (MEF).

“Based on the respondents, a majority of those polled as part of the state government’s research, returned more than 90 per cent supporting the proposed Saturday and Sunday weekend.

“This shows a big majority wants the reversion to take place and Johor Mentri Besar Datuk Onn Hafiz Ghazi has in principle acknowledged the feedback, pending the views of Sultan Ibrahim that are expected by the end of this month,” said the source on condition of anonymity to Malay Mail as he was not authorised to speak to the media.

The Johor government has observed Friday and Saturday as its official rest days since January 1, 2014, following a decree from Sultan Ibrahim in conjunction with his 55th birthday celebration on November 23, 2013.

However, this had led to several challenges for the private sector, numbering more than 1.5 million employees, in Johor that observe the federal government’s Saturday and Sunday weekend.

Among them were the limited time for dealing with the state government, while a majority cited shortened family time as schoolchildren follow the official Friday and Saturday weekend.

The same source said upon the official announcement, it may take more than three months before the actual implementation.

He explained that the respective payroll and work systems, as well as rosters, will need to be adjusted to reflect the new weekend.

“There are several main considerations before implementing the weekend change, including minor adjustments to the Friday half-day for the government sector.

“Most important is that the Johor government does not want to make it difficult for the 576,691 students in the state as some will sit for examinations before year-end.

“So, to be fair, the reversion can only be implemented by year-end or early next year so as to not cause problems,” said the source.

“Details will be worked out for the state government to end its Friday workday at noon, where civil servants will not be required to return to the office after their Friday prayers.

“It is timely as the Friday half-day arrangement is also in line with the reduction for weekly working hours in Malaysia that will be reduced from 48 to 45 hours effective this September 1.

“As we know, this is part of amendments to the Employment Act 1955 which aim to safeguard the welfare of workers, in line with the International Labour Organisation (ILO) Convention,” said the source.

The source agreed that a timeframe of about three months or more was necessary to allow for the synchronisation and calibration of certain systems within the state government before implementation can be done.

He said most of the private sector, especially the banking industry in Johor, would not be affected as they already observe Saturday and Sunday as official rest days.

“Onn Hafiz, as the mentri besar, has been tirelessly looking into this issue, and hopefully, it will bear fruit as the state government is in the final stages of this proposal,” said the source.

On August 10, it was reported that Onn Hafiz presented the state government’s findings regarding the proposed Saturday and Sunday reversion to Sultan Ibrahim for the latter’s consideration.

Previously, the ongoing study on the proposed reversion of the southern state’s official weekend rest days involved various sectors such as the government, public, education, industry and banking, as well as the MEF.

It was first reported on June 14 that the Johor government is reviewing the current Friday and Saturday weekend rest days in the state following complaints by the public.

Following that, Malay Mail reported on June 20 that the state government may implement an official two-and-a-half-day weekend, with Friday as a half-day, followed by Saturday and Sunday as weekend rest days.