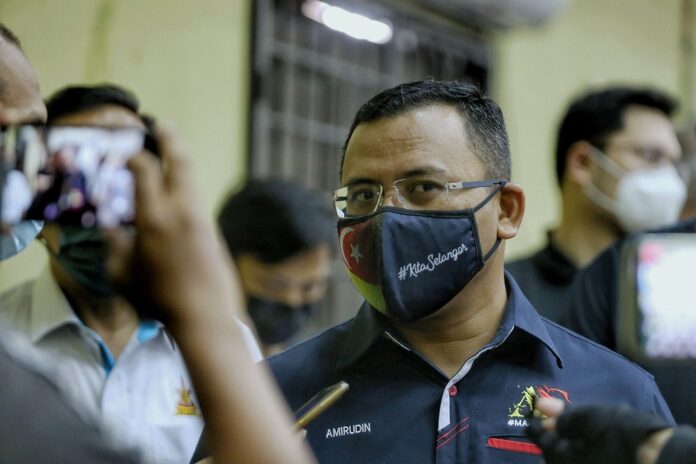 KUALA LUMPUR, Nov 11 — The regazettement for some portions of the Kuala Langat (North) forest into a permanent reserve will only happen after the East Coast Rail Link (ECRL) alignment issues have been resolved between the Selangor state and federal governments.

Malaysiakini reported Selangor Mentri Besar Datuk Seri Amirudin Shari saying the state will only determine how much forest reserve to be gazetted by the end of the year or early 2022 after the issues has been resolved.

“We are in the last stages, the last process of discussion with the federal government to verify the ECRL.

“As we are all aware, we prefer the southern alignment and the federal government is quite firm on the other alignment,” he reportedly said, referring to the northern alignment.

“I think we need to make a decision. My promise to the prime minister is by the end of this year, we will [decide on] the alignment.

“If that does not work out, we won’t remove any parts [of the forest] for the ECRL train track. Because [the southern alignment] involves a lot [of land] despite being a long line, almost 1,000 acres,” he was quoted saying.

In September, Amirudin announced that a portion of the excised forest would be regazetted as a forest reserve and that an earlier plan to develop the forest had been cancelled.

At the time, he did not stipulate a timeline or exactly how much of the forest would be regazetted.

The decision came after the degazettement sparked widespread criticism, including from environmental groups, Putrajaya, lawmakers from both sides of the political divide and Amirudin’s party PKR.