HomeNationalSarawak Pakatan: Component parties to use own logos for state polls
National

Sarawak Pakatan: Component parties to use own logos for state polls 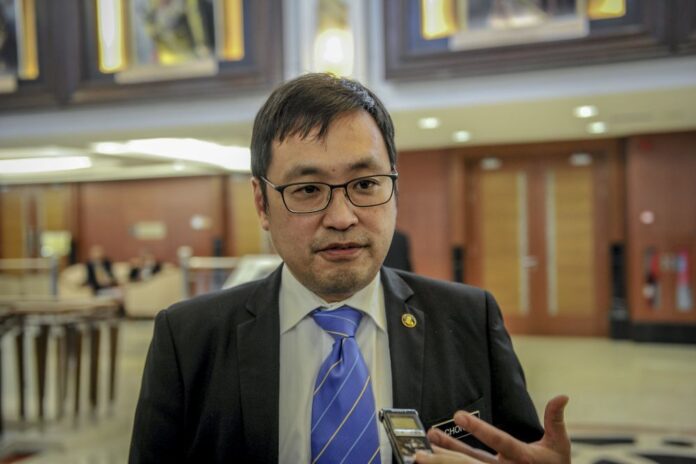 Sarawak Pakatan Harapan chairma Chong Chieng Jen, who is also state DAP chairman, said the three parties will pick their own candidates for the state election. — Picture by Firdaus Latif

He said the three parties — Sarawak PKR, DAP and Amanah — decided not to use the PH logo during a meeting here this afternoon.

Chong, who is also state DAP chairman, said the three parties will pick their own candidates for the state election.

“The allocation of seats among the three parties was reached a long time ago,” he told reporters after chairing the state PH leadership council meeting.

He added there is no change in the allocation of seats to be contested by each party.

Asked if he will defend his Kota Sentosa seat in the election, Chong said he will make it known when the time is right.

He claimed the state election will be unfair due to the imposition of “a lot of standard operating procedures (SOPs) restricting the campaigns”.

“But nevertheless, it is incumbent upon us to give Gabungan Parti Sarawak (GPS) a good fight, given the fact that Sarawak is still underdeveloped even after 58 years of Barisan Nasional and GPS rule,” he said.

Meanwhile, the state DAP will give the letter of authorisation over the use of its logo to party candidates at its headquarters tomorrow.