HomeTechnologySamsung set to launch the Galaxy S22 on Feb 8, pre-orders in...
Technology

Samsung set to launch the Galaxy S22 on Feb 8, pre-orders in Malaysia to start soon 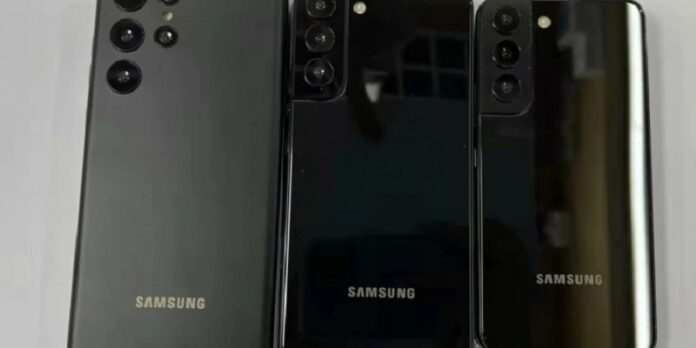 According to Digital Daily, the Galaxy S22 series will launch on February 8, 2022, and pre-orders will be available on February 9, 2022. ― SoyaCincau pic

KUALA LUMPUR, Jan 12 ― After introducing the Galaxy S21 FE last week, Samsung will finally unveil the Galaxy S22 series very soon. Before Samsung teases its Galaxy Unpacked 2022 event, a report from South Korea has revealed that the Galaxy S22 will be announced in a month’s time and you can probably pre-order a unit locally shortly after the global announcement.

According to Digital Daily, the Galaxy S22 series will launch on February 8, 2022, and pre-orders will be available on February 9, 2022. The device will officially go on sale about two weeks later on February 24, 2022, while pre-order customers would be able to get it as early as February 21. Since Malaysia is a key market, you can expect Samsung Malaysia to offer pre-orders at the same time as other global markets.

Previously, it was speculated that the Galaxy S22 will be announced right before Mobile World Congress 2022 which is the common venue for past Galaxy S launches. The report suggests that Samsung will be using the MWC event to showcase its Galaxy ecosystem offering.

Here’s something for Samsung fans.

The Galaxy S22 series would be an interesting one as the S22 Ultra is seen as the true successor to the Galaxy Note series as it will come with an integrated S Pen. The Galaxy S22, S22+ and the S22 Ultra have been leaked extensively in the past few months. The Galaxy S22 and S22+ look quite similar to the current Galaxy S21 series while the Ultra retains most of the design elements of the Galaxy Note 20 series. In terms of colours, the Galaxy S22 Ultra is expected to come in Burgundy, Green, Phantom Black, and Phantom White. Meanwhile, the standard S22 models will be offered in Pink Gold, Green, Phantom Black and Phantom White. ― SoyaCincau