Sabah CM says all is well with GRS-BN state govt 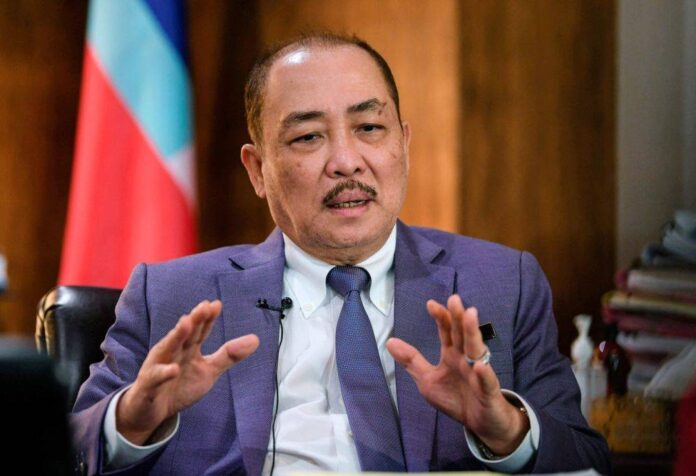 “There are no problems within the GRS-BN government,” Hajiji, who was met at the FCAS’ 7th International Dragon Boat race 2022 here today, said this when asked about the relationship between GRS and BN.

Hajiji, who is GRS chairman, said differences among political parties are normal.

“Don’t worry and don’t pour fuel into the fire lest it ignites,” the Bersatu Sabah Chief added.

In the last couple of days, verbal shots had been fired between Parti Bersatu Sabah (PBS) and Barisan Nasional (BN) with the former alleging that some political parties in the coalition had misused the presence of illegal immigrants in Sabah for their own political gain.

BN leaders had come out in defence of the coalition including Usukan assemblyman Datuk Seri Salleh Said Keruak who accused PBS president Datuk Seri Maximus Ongkili of being ungrateful during the 2022 Sabah Barisan Nasional (BN) Convention.

“I am so angry reading the news, Datuk Max (Maximus) is crazy, he made a statement saying a party in BN has fake voters, issue fake ICs… if he mentions BN we will lodge a police report because this is slandering.

“In RCI (Royal Commission of Inquiry) did not mention who did it. It is just reports, investigations … he should not say that just because of politics,” said Salleh.

Former Prime Minister Datuk Seri Najib Tun Razak also denied PBS’ claim and told a press conference at the BN Sabah convention on Saturday that: “We were not involved in giving out ICs. Whatever happened in the past, we want it to be corrected. That is why we put (a) PBS leader to sort it out during my time.”

During his tenure as prime minister, Najib formed a Royal Commission of Inquiry on undocumented migrants in Sabah and appointed former PBS president Tan Sri Joseph Pairin Kitingan to head the technical committee to look into the findings. — Borneo Post