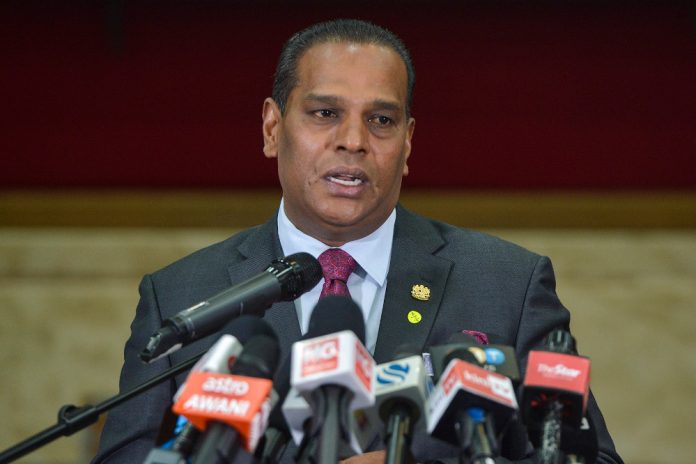 The Human Resources Ministry (KSM) was allocated RM1.28 billion while the Youth and Sports Ministry (KBS) was granted RM940 million to spend next year.

KBS Minister Datuk Seri Reezal Merican said RM614.13 million from the total will be used for administrative purposes and another RM326 million for development.

Prior to the voice vote, the allocation for KSM was subject to intense scrutiny.

In the committee-level debate in the Dewan Rakyat today, former HR minister M. Kulasegaran asked the government what it planned to do to end forced labour in the country.

MP for Kuala Krai Abdul Latiff Abdul Rahman asked KSM about alternatives to the MyFutureJobs Malaysia programme to help Malaysians currently unemployed as well as those hired on a contract basis to secure full-time positions.

The MP for Sik, Kedah Ahmad Tarmizi Sulaiman asked for a better system to regulate the flow of foreign workers in the country so better data can be obtained.

MP for Klang Charles Santiago asked the ministry to use the Employee Insurance Scheme (SIP) to help those in need, especially since most of those insured are in the poor bracket.

He said almost 50 per cent of the people are in need of these insurance money and gave the example that if an employee is earning RM2,000 a month, they would be paid the poverty wages in the second month by SIP of RM1,000, RM800 for the third and fourth month and subsequently RM600 for the fifth and sixth month.

He said this amount is extremely low and as a safety blanket for those in dire need, this low value is counterproductive.

Charles urged the government to re-evaluate the terms in the SIP and compensate those in the scheme by up to 80 per cent of their final salaries for six months for those who lost their jobs.

As for the Youth and Sports Ministry, its former deputy minister Steven Sim Chee Keong questioned the government about the retrenchment of both contract and permanent ministerial staff.

The MP for Bukit Mertajam also asked the government to explain its seemingly selective policies for the different types of businesses under the different phases of the movement control order to curb Covid-19.

Sim wanted to know why football field operators could not resume business while gym operators were allowed to reopen, the sports bubble that allows gyms to open while contact sports are not and the situation concerning world level athletes and their pensions.

Reezal explained that the situation with gyms is that thus far since the various movement control orders were in place only two cases of Covid-19 have been reported in gyms.

“Gym goers are very conscious about their health and we felt they would be extra careful when it comes to adhering to SOPs. Plus the data shows that there has been only two cases of Covid-19 and even then they came from outside and not from within the gym premises,” said Reezal.

He gave the example of Fitness First and Celebrity First who has thousands of chains and 600,000 visitors since gyms were allowed to reopen and only two cases came from it.

“As for the football field operators we are trying to help them sustain themselves and are working on a new model for the sports bubble. But in the end, the decision to allow these sectors to reopen does not lie with KBS.

“It is up to the National Security Council and the Ministry of Health to give the final decision,” he added.