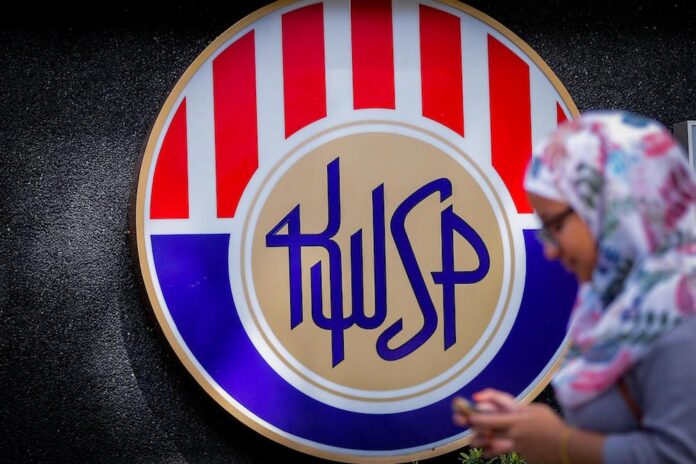 According to financial platform RinggitPlus, only 15 per cent of Malaysians sampled in their latest survey believe their EPF savings can sustain them in their old age. — Picture by Hari Anggara

KUALA LUMPUR, Oct 13 — A recent survey showed that there is a 50 per cent drop in individuals having faith that their Employee Provident Fund (EPF) savings will hold them in their retirement years.

According to financial platform RinggitPlus, only 15 per cent of Malaysians sampled in their latest survey believe their EPF savings can sustain them in their old age.

“This is a stark contrast to the 30 per cent rate last year,” said RinggitPlus co-founder and director Hann Liew.

“Half of the people who felt their EPF savings were sufficient in 2020 now feel it isn’t enough. The remaining 85 per cent when we asked if they had started saving for their retirement said they hadn’t started any retirement planning.”

Contributing to these factors are the government’s policies that allowed Malaysia to withdraw money from their savings account during the two years Malaysia was struggling to control the Covid-19 pandemic.

Plans like the I-Lestari which allowed RM500 monthly withdrawals for 12 months I-Sinar which allowed withdrawals up to RM10,000 and i-Citra where eligible members are allowed to withdraw up to a maximum of RM5,000 subject to the total combined balance in both Account 1 and 2, have contributed to this lack of retirement savings.

Liew said they found that 52 per cent of those surveyed said they can’t survive more than three months without a job, 44 per cent said they spent more money than their earnings while 76 per cent felt they were still in control of their cash flow.

There’s also been an increase of two per cent to 21 per cent this year for individuals who cannot save any money by month’s end based on the salaries they are earning.

“We also found that credit card ownership and usage dropped by 10 per cent. Currently, 45 per cent of those sampled do not own a credit card,” said Liew.

“However the worrying statistic is that the youth are not scoring high on managing their finances. They may be digitally savvy but savings wise the scope is poor.

“We found 24 per cent of youths proclaiming they can’t survive more than a month without savings while 57 per cent can’t do so beyond three months. The rate this demographic overspend is also worrying at 45 per cent with another 55 per cent surveyed admitted they had not started planning for their retirement,” he said.

Liew said one of the things that have emerged from the two years battling the pandemic is that Malaysian’s have realised the need for an emergency fund.

The fact Malaysian’s have been dipping into their EPF savings means they have stopped believing that EPF can sustain them in their old age said Hann.

He advised youths to start saving from now so they do not have to struggle in the future.

“When we asked specific questions on how Covid-19 has impacted them we had more than a quarter or 27 per cent telling us they realise the need for savings. When pressed further on what the savings are for 63 per cent said it’s to build an ’emergency fund’.

“Other stuff like buying property, retirement money and travel were also included but most of them ticked the ’emergency fund’ box. They said they felt it was vital and this is the silver lining from this economic and health crisis,” he concluded.

RinggitPlus said it took several months to compile the data and this is the fourth survey of its kind.

The survey received 3,033 responses nationwide and from there RinggitPlus conducted a stratified sampling of 1,518 responses to ensure that the research presented a more representative sample of the Malaysian population.

Facebook
Twitter
Pinterest
WhatsApp
Previous articleBosnian man builds a house that rotates so his wife can get a different view whenever she wants (VIDEO)
Next articlePenang Island City Council tightens enforcement for expected influx of visitors this weekend
R. Loheswar