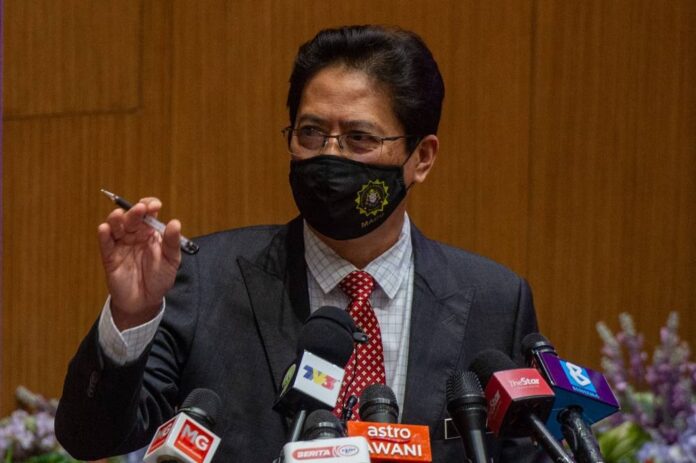 Tan Sri Azam Baki speaks to the media during a press conference at the MACC headquarters in Putrajaya, January 5, 2022. — Picture by Shafwan Zaidon

He said that based on its statistics, the MACC had received a total of 919 complaints on the transgressions since 2019 until now.

“Many offences were committed but the crime of corruption is the most common, which normally involves accepting bribes and abuse of power.

“We received 312 information on accepting bribes and 147 on abuse of power in Penang,” he said when appearing on the ‘Cakna Rasuah’ (Corruption Awareness) programme with Penang RTM’s Mutiara FM radio.

“This trend is worrisome as it involves abuse of power such as using their (civil servants) positions to award job contracts to family members or individuals who have blood relations,” he added

On making false claims for work done is also common in Penang, according to Azam.

“For example, an individual who has supposedly done a job, makes a false claim for it as if he was the one who did the work. This happens a lot and it’s very damaging.

“These cases are increasing by the day, so I urge all the department heads to monitor their officers who are given the authority to make decisions,” he said.

Azam also said that civil servants were MACC’s first target group (for monitoring and investigation), being the administrative pulse to a state or the country.

“Therefore, I have instructed my officers to look into the corruption issue among civil servants in Penang and other states,” he added. — Bernama