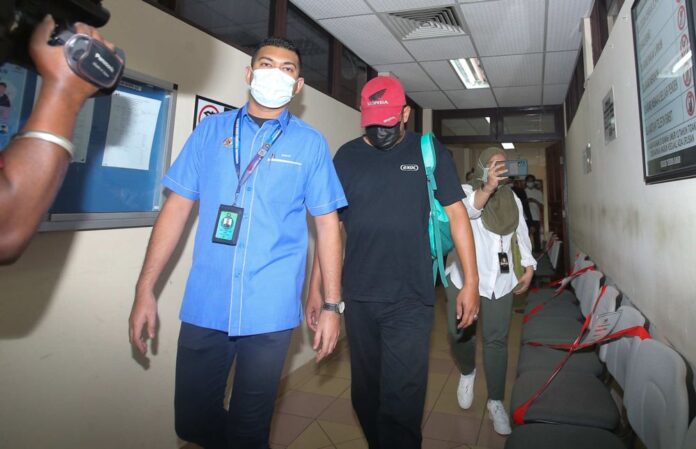 Muhamad Rozi Ahmad Puad (centre), a religious school warden in Bagan Datuk, was sentenced to jail and fined for receiving a bribe back in 2017. — Picture by Farhan Najib

IPOH, Oct 13 — A 36-year-old school warden was fined RM8,000 and sentenced to one-day imprisonment for receiving a bribe amounting to RM5,800 in exchange for not deducting the school food contractor’s claims in 2017.

Muhamad Rozi Ahmad Puad, a warden at a religious school in Bagan Datuk, pleaded guilty when the charge was read before Judge Indra Nehru Savandiah.

Muhamad Rozi admitted to receiving the bribe from Ahmad Tarmizi Hariff, who transferred the money to his Maybank account on July 31, 2017, as an inducement to not make any deduction on the food supply contractor service’s claims.

He was charged under Section 165 of the Penal Code, which highlights a public servant obtaining valuable things from person concerned in any proceeding or business transacted by such public servant.

The said Section carries imprisonments of not more than two years or fine or both upon conviction.

Indra then meted out the one-day jail sentence and RM8,000 fine, in default of eight month’s imprisonment.