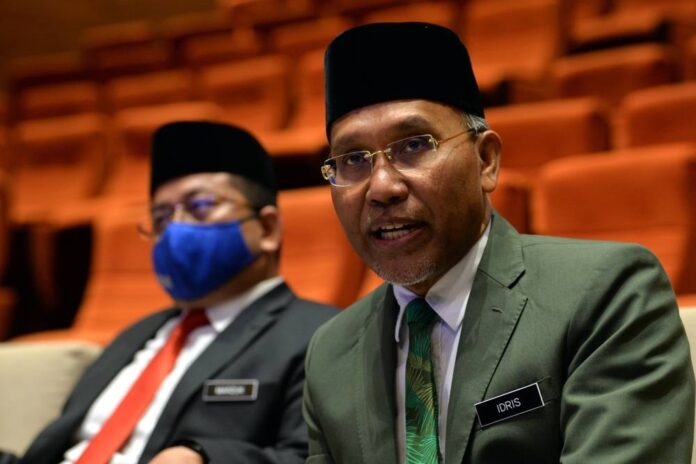 This comes following the excellent service by the agency since the Haj season began, not to mention the special treatment given by the Saudi Arabian government compared to other countries.

He said, the commitment by TH is seen not only when the congregation are in the Holy Land but way before their departure, and TH’s commitment in caring for dhuyufurrahman (guests of Allah) should be appreciated by all parties.

“In a critical situation, TH staff still delivers, although we get the decision that the pilgrims can come to Mecca quite late. TH officers have actually been camping in their offices back home for a long time.

The comfort and welfare of the pilgrims is also the main target of TH to facilitate and ease the affairs of the pilgrims towards a mabrur (blessed) pilgrimage,” he said when met by reporters at Hotel Abraj Al Janadriyah which houses TH’s headquarters and accommodation for Malaysian pilgrims, today.

Idris who arrived for a working visit earlier was given a briefing on the operations carried out by TH during the Haj season of 1443 Hijrah and preparations before the arrival of the day of wukuf which is the peak of the haj pilgrimage which will be in five days.

According to Idris, the preparations for the masyair (massive movement of pilgrims) operation have been fully completed to welcome the pilgrims to Arafah, Muzdalifah and Mina starting this Thursday.

“Support services such as medical are also at the best level and the services were available to the congregation since their arrival in this holy land on June 4,” he said.

The last flight arrived today at about 10.50 am Saudi time, he said.

“I would also like to express my deepest appreciation and gratitude to the Government of Saudi Arabia for the successful implementation of the Mecca Route initiative.

“In addition, for having the faith in Malaysia as the first country to receive a hospital permit and also the first to choose the time for the stoning of the devil. This will definitely provide comfort to dhuyufurrahman,” he said.

During the visit, Idris also mingled with the pilgrims who stayed at Abraj Al Janadriyah and most of them expressed their excitement to perform the wukuf. — Bernama