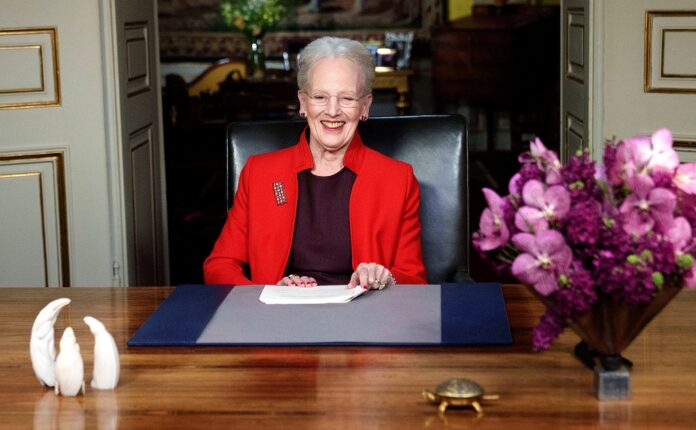 COPENHAGEN, Jan 14 – Denmark on Friday fetes 50 years of Queen Margrethe II, an artistic, chain-smoking monarch who came to power in 1972 amid waning support for the royals but who is now beloved for her unifying presence.

At 81 years old, the always elegant-Margrethe, with her trademark white-haired bun, is now the second longest-serving monarch in Danish history – and the first woman to hold the position of reigning queen.

In her five decades at the helm of the throne, she has sidestepped scandal and helped to modernise the institution, making the Danish royal family one of the most popular in the world.

“When she became queen, only 45 per cent of Danes were in favour of the monarchy,” journalist Gitte Redder, who has authored several books on the Danish royals, told AFP.

“They didn’t believe in a monarchy in a modern democracy.”

That has changed today.

A 2018 Voxmeter poll found that more than three-quarters of Danes supported the monarchy, while only 14.6 per cent wanted the Scandinavian country to become a republic.

“The basis of her popularity is that the queen is absolutely non-political,” historian Lars Hovebakke Sorensen told AFP.

“She has managed to be a queen who has united the Danish nation in a time of large changes: globalisation, the appearance of the multicultural state, economic crises in the 1970s, 1980s and again in 2008 to 2015, and the pandemic,” he said.

Celebrations for her jubilee have been dampened by Covid, with large public festivities postponed until September.

She will mark the occasion today by laying a wreath at her parents’ grave in Roskilde after attending a ceremony in parliament.

At age 31, the lanky crown princess acceded to the throne on a foggy January day upon the death of her father Frederik IX.

The grief-stricken mother of two young boys – she now has eight grandchildren – was the first woman to become a reigning queen in Europe’s oldest monarchy.

She took her reign name Margrethe II after Margrethe I who ruled Denmark from 1375-1412 but never formally held the title.

“She has a strong sense of duty and never questioned her destiny,” said historian Tom Buk-Swienty.

In a documentary, Margrethe said her father taught her to welcome the love of her subjects.

“You have to accept it. Not just wave, you have to receive it,” she recalled him telling her.

Widowed in 2018, the queen, affectionately nicknamed Daisy by her subjects, has gradually modernised the monarchy to keep it relevant, without diminishing its status.

She has been the face of an open and hard-working monarchy, allowed her two sons to marry commoners, and has herself been involved in Denmark’s cultural scene.

With sparkling blue eyes and a broad smile, she is always neatly coiffed, her white hair swept up in a bun. Only one photograph is believed to exist of her with her hair down.

But she is also known for her relaxed and playful side, occasionally answering reporters’ questions with a mischievous grin.

In a sign of her accessibility, she allowed herself to be interviewed by 20 members of the Danish public for a recent television special celebrating her jubilee.

A painter as well as a costume and set designer, she has worked with the Royal Danish Ballet and Royal Danish Theatre on numerous occasions.

Also a fluent speaker of Danish, Swedish, French, English and German, she has taken part in several elaborate translation projects, including the 1981 Danish version of Simone de Beauvoir’s All Men are Mortal under a pseudonym in cooperation with her French-born husband, Prince Henrik.

Her intellect and many talents make her a popular role model for Danes.

“Her speeches are always extremely good. Danes always feel like they learn something,” said Hovebakke Sorensen.

But it is primarily her paintings and drawings that have earned her accolades.

She has illustrated several books, including a Danish 2002 edition of JRR Tolkien’s The Lord of the Rings, and her paintings have been exhibited in prestigious museums and galleries in Denmark and abroad.

With her 82nd birthday approaching in April, Margrethe has repeatedly insisted she will never step down from her duties.

“I will stay on the throne until I drop,” she has said.

There is no tradition of abdication in Denmark, a country of 5.8 million inhabitants.

The only monarch to ever resign was Erik III. Coronated in 1137, he quit the throne nine years later to join a monastery. – AFP