HomeEntertainmentQueen Elizabeth's Sandringham property is set to get a pub!
Entertainment

Queen Elizabeth’s Sandringham property is set to get a pub! 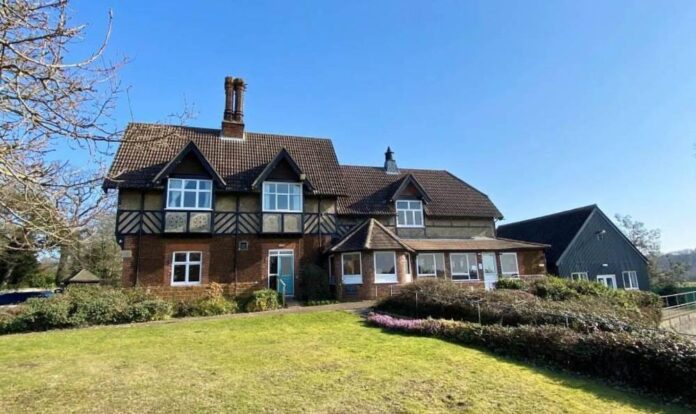 The royal family wants to turn a former social club on her Sandringham estate into a pub and restaurant. — Picture courtesy of Landes via ETX Stu

LONDON, Aug 5 — If you’ve been dreaming of a career change, this ad just might be for you! How would you like to run a pub and restaurant for the Queen of England? The Sandringham estate, located in Norfolk and home to one of the official royal residences, has plans for a new on-site project.

The British Royal Family never ceases to amaze us, especially when it comes to culinary matters! As a logical extension of the royal gin and sparkling wine productions — the former infused with plants grown in the gardens of Buckingham palace and the latter made from grapes harvested in Kent and West Sussex — it now appears that a pub and restaurant are set to join the royal sphere.

Specifically, the royal estate of Sandringham has plans to transform one of its buildings into a pub serving food. Formerly the site of a social club that opened in the early 20th century. Its doors closed back in 2020 due to the pandemic, and as membership declined. it was abandoned. According to an announcement posted by Landles, a real estate developer located in Norfolk, the property is built in “typical Edwardian style over two storeys with lower elevations in cut carstone and red clay brick quoins”. Inside, there’s plenty of space for various activities between the main bar area, the snooker room, and two rooms overlooking the garden as well as more intimate spaces. Upstairs, there are three bedrooms, a bathroom and a kitchen. These spaces could very well be used as future tenants’ residence, unless they prefer to offer them for rent.

The estate is looking for an operator who has the vision and capital to transform the place into a “destination pub.” Potential candidates wondering about footfall should be reassured to know that the property of Sandringham receives each year the visit of 500.000 people. The royal residence, which belongs to Her Majesty’s family, is dear to the heart of Elizabeth II and is regularly chosen to host the family’s end-of-year holidays.

And in fact, this isn’t the first time that a property of the British royal family is associated with a hotel/restaurant project. In 2019, Prince Charles opened a luxury bed and breakfast, the Granary Lodge, located in the north of Scotland in 2019. The accommodation is nestled in the grounds of the Castle of Mey, whose renovations were overseen by the heir to the throne. — ETX Studio

Willie Mongin: I fought BN in the past, not GPS

Biden denounces killings of four Muslims in US city

Willie Mongin: I fought BN in the past, not GPS