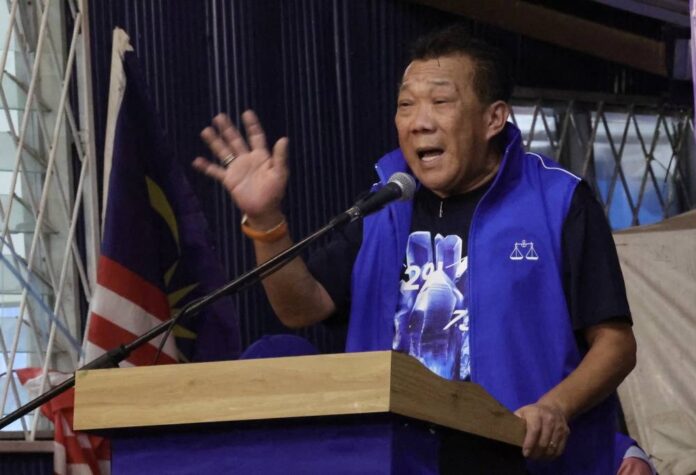 Bung said that chief minister and GRS chairman Datuk Hajiji Noor needs to take disciplinary action against Rubin who broke the conditions of their electoral pact by allowing Riduan, who was Tenom’s Bersatu division youth chief, to contest.

“Rubin, a Bersatu assemblyman, is the person behind Riduan joining the Tenom race.

“His move to field his son goes against the GRS-BN pact and also breaks the good faith that was established throughout the alliance,” said Bung in a statement here.

He said that disciplinary action was in order, and suggested appropriate action would be to revoke any appointments as chairman or board members to any government-linked companies and agencies.

“It has made a negative impact on the GRS-BN relations and is shaking support to the BN candidate in Tenom, Datuk Jamawi Jaafar,” said Bung.

He said that action must be taken immediately as a reminder to other leaders and members of GRS-BN not to make go against the alliance that has been ongoing since the state government was formed in 2020.

Peter, who was convicted of corrupt practices, had applied for a stay of execution which is pending, but also paid the fine. He has insisted that he has the right to contest and vowed to fight the rejection in court.

Zahid: Rural development programmes should be relevant to current needs of target group