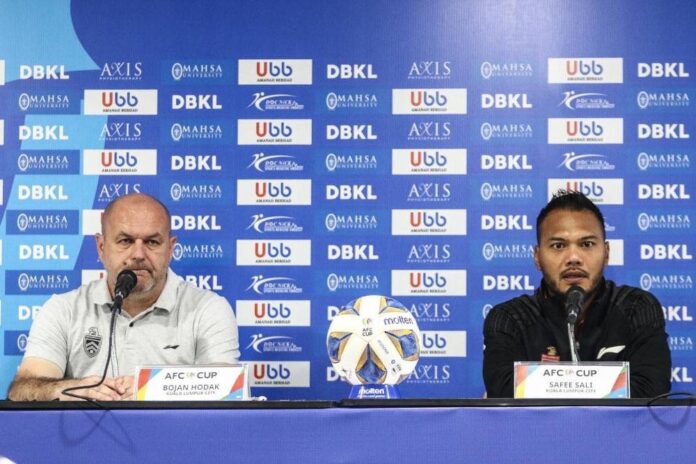 KUALA LUMPUR, June 23 — Kuala Lumpur (KL) City FC will be keeping a close eye on the Sayuri brothers who are out to spoil things for City Boys.

Hodak believed both wingers from the opponent team can create havoc for his side in the Group H match held in Kuala Lumpur Football Stadium in Cheras.

“He (Yance) can do most of the damage at the flank and is very fast while his brother (Yakob) works on the right side. They are a speedy lethal pair and we need to look to stop them.

“If you can stop Sayuri brothers, I think that it will be a huge relief to us,” he told a pre-match press conference here today.

In the meantime, Hodak also hopes that the “twelfth player” of “The City Boys” will be present at the stadium and show their support tomorrow.

Meanwhile, KL City striker Safee Sali said the team should use its home-ground advantage to win.

“We should capitalise on our home ground at Cheras Stadium before our own fans,” he said.

After the meeting with PSM Makassar, the 2021 Malaysia Cup champions would meet Tampines Rovers of Singapore on June 30.

For the record, JDT were the last club from Malaysia to clinch the AFC Cup in the 2015 edition.

Meanwhile, PSM Makassar head coach Bernardo Tavares said his team will strive to mount a strong challenge against KL City even though his squad went through major changes lately.

“I started coaching the team in May this year, many senior players have gone, now we must try to create a good team with the players and I am sure the (new) players want to show something,” he said. — Bernama