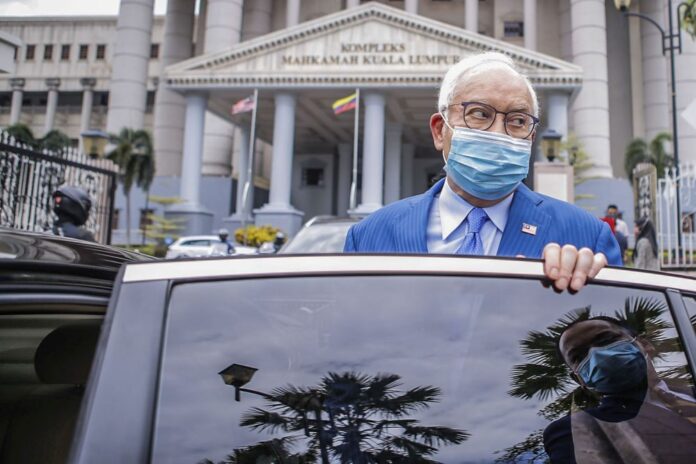 KUALA LUMPUR, Aug 5 ― Some RM114 million in seized cash and assets from a raid at the Pavilion residences on May 17, 2018, have reportedly been returned to former prime minister Datuk Seri Najib Razak and Umno.

Deputy Public Prosecutor Faten Hadni Khairuddin told Astro Awani that the seized assets have been returned to both aforementioned parties last June 17, based on inquiries made to the investigative officer.

“[Assets] were returned to the [Najib] through his representative because the applicant did not file an appeal,’’ she said, referring to the prosecution.

On May 20, High Court Judge Datuk Muhammad Jamil dismissed the application by the prosecution to forfeit the money that was seized by the police at Pavilion Residence on May 17, 2018.

In dismissing the application, Muhammad Jamil said the applicant failed to prove that the money, amounting to RM114,164,393.44, was proceeds from money laundering.

However, he made no order for the money, which is with Bank Negara Malaysia (BNM), to be returned to the owners.

In 2019, the prosecution filed a forfeiture application against OBYU Holdings to seize various items, including 11,991 units of jewellery, 401 watch straps and 16 watch accessories, 234 pairs of spectacles and 306 handbags as well as cash in various denominations amounting to RM114,164,393.44.

At the time of writing, Malay Mail is trying to verify whether the assets returned also included the aforementioned physical items that were seized on May 17, 2018.