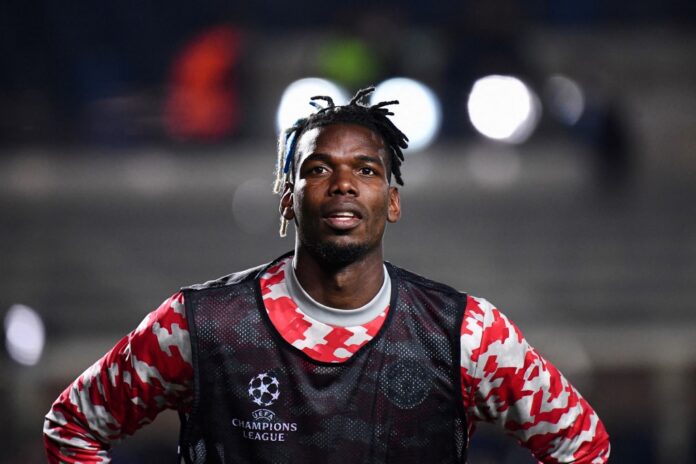 Pogba is in the final months of his contract and could leave United as a free agent at the end of the season. — AFP pic

Pogba was injured on international duty with France at the start of November and has never played under Rangnick, who took over at United later the same month.

The 28-year-old is in the final months of his contract and could leave United as a free agent at the end of the season.

“He’s physically present, he’s mentally present… and I’m looking forward to having him available in two weeks’ time after the international break,” Rangnick told reporters ahead of Wednesday’s Premier League clash at Brentford.

“In the first training session he showed what an extraordinary player he could be.”

Injuries have restricted Pogba to nine league appearances this season and though United have been in talks with him over a new deal, he has been frequently linked with a move away from Old Trafford.

Rangnick also drew a line under his row with forward Anthony Martial, saying his issues with the 26-year-old had been resolved.

The manager told reporters before United’s 2-2 draw with Aston Villa on Saturday that Martial had refused to be included in the squad, a statement that the player subsequently denied.

“I had a conversation with (Martial) on Sunday, a personal conversation about what happened and how I saw the whole situation. The matter is now resolved,” Rangnick said.

“He didn’t train yesterday and before yesterday, he will probably train today and after training I will then take the decision if he is nominated or not.”

Martial has made seven league appearances and scored one goal this season. The player’s representative has said he wants to leave United in January to get more game time. — Reuters