HomeEntertainmentPhilippines' famed dancing inmates are back with new moves
Entertainment

Philippines’ famed dancing inmates are back with new moves 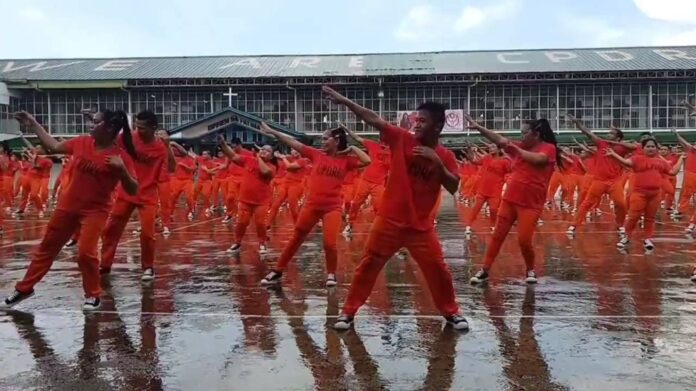 The dancing inmates became a worldwide phenomenon in 2006, when videos of their dance routines went viral. — Picture via Twitter/ Dale G. Israel

PETALING JAYA, Aug 15 — After a long hiatus, the famed dancing inmates of the Cebu Provincial Detention and Rehabilitation Center (CPDRC), Philippines are back in the spotlight.

Last Friday, some 150 inmates held a public performance featuring a mass choreographed routine with a medley of 80s songs, The Rappler reported.

The performance marked the relaunch of the prison’s dance-rehabilitation programme, which Cebu governor Gwendolyn Garcia reportedly hoped would attract tourists and generate income for the inmates.

“There will be no entrance fee, but guests will be limited,” said Garcia.

“If they want to donate, we’ll put out a donation box.

“And whatever they make from that we’ll put it in their savings account.”

Garcia added that inmates had been given bank accounts with the Cooperative Bank of Cebu.

Cebu’s dancing inmates gained worldwide acclaim in 2006, when a video of their choreographed dance to Michael Jackson’s Thriller went viral on YouTube.

While the Thriller video currently has over 59 million views, other videos of the inmates dancing also garnered international attention.

The inmates were also featured in a 2019 Netflix docu-series Happy Jail.

The inmates’ dance programme was introduced by the governor’s brother and then prison-consultant Byron Garcia.

According to The Inquirer, public performances were put on hold in 2010, following an investigation into the donations received by the group.